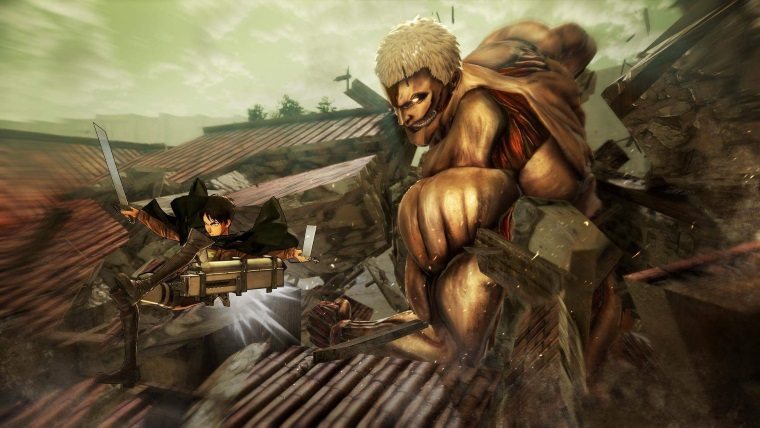 In a new trailer released at Gamescom, see it below, Koei Tecmo confirmed that the storyline of their upcoming Attack on Titan game will extend beyond the show’s first season, dipping into some content from the manga. This means that those whoa re anxiously awaiting Attack on Titan Season 2 can get their first taste of what is to come in the game.

Attack on Titan tells the story of the last vestiges of humanity. Contained within a walled city and constantly on the brink of extinction, humans are suddenly attacke by their greatest foes, the giant titans that roam outside their walls. The show became an instant hit and has created a massive following in Japan and the US. Based on the manga of the same name, the show has only produced one season of content, with many awaiting Attack on Titan Season 2 for well over a year. The problem was a lack of story to adapt though, but the manga has since moved forward, and the show is said to return some time soon.

However, with this new info it seems that die hard fans can first see upcoming events from the manag in the Koei Tecmo game, which we previewed at E3 2016. The extra content seems to be focused on some new titans that will likely be revealed in the show in season 2. 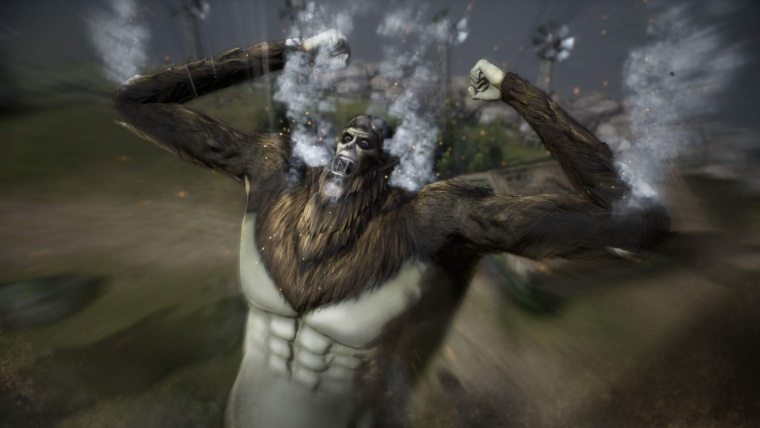 “Showcasing the Scout Regiment as they repel the fearsome Titans threatening humanity, the launch trailer for Attack on Titan officially reveals that players will be able to play beyond the end of the show’s first season via extra game-exclusive missions! Capturing intense, action-packed combat and impressive attack moves, the launch trailer reveals two sinister new types of Titans for players to take down. The Armored Titan, a 50 foot tall behemoth with immense strength and speed can destroy anything in its path, and the monstrous Beast Titan is a gigantic ape-like creature that uses immeasurable amounts of force to crush its foes! These extra missions offer additional high-octane battles and exhilarating action within the Attack on Titan universe.”

Attack on Titan hits PS4 and Xbox One on August 30th.