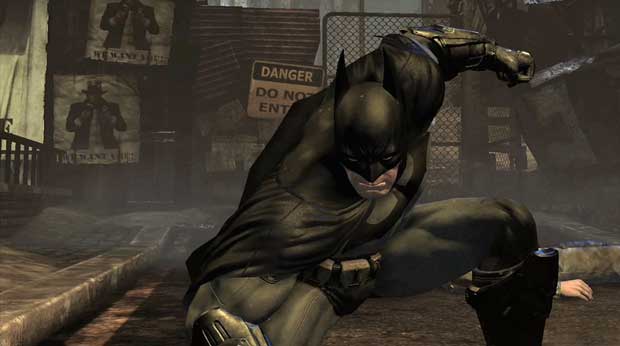 Rocksteady recently told us about the size and scope of Batman: Arkham City, and that much of the game will take place on the streets of Arkham.  Now the developer spoke in a recent interview about artificial barriers, empowering the gamer, and exploring Arkham City much like an RPG from the start.  In the interview with Arkham City UK Sefton Hill went on the record to clarify that the majority of the city will be available for exploration right from the very start of the game.

You’ll be able to explore most of the city right from the start. We really wanted to keep the player empowered as Batman and didn’t want to put any artificial barriers in there to stop him getting around.  There are areas which you’ll uncover obviously as you play through the game – there’s lots of secrets and rewards as you play through the game and new areas you get to explore. But you can go and explore the main city right from the start and if you do explore it right from the start, you’re going to find lots of secrets around the place and different things to see. We worked really hard to try and tell the story of the different sections of Arkham City.   As you go into different zones, the gang leaders will have different levels of security so if you go to areas that are away from the main part of the story you’re going to find them a bit more challenging, which gives it almost an RPG style.

The follow up to the award winning Batman: Arkham Asylum will hit retailers this October for PS3, Xbox 360, and PC.