The latest news in the world of video games at Attack of the Fanboy
November 14th, 2017 by Kyle Hanson 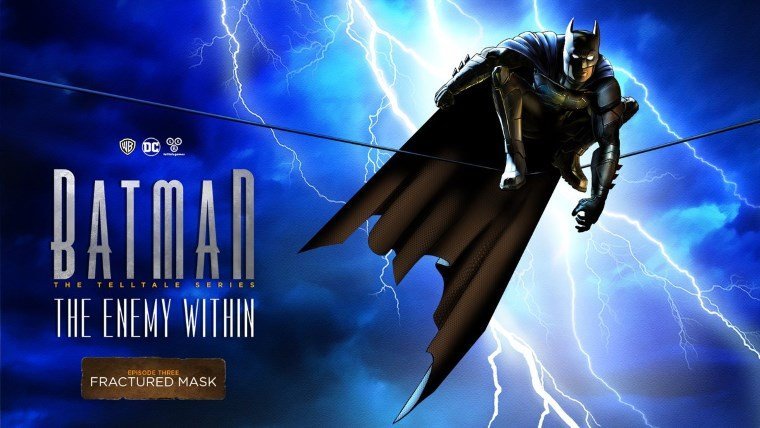 Batman: The Enemy Within has been one of Telltale’s best series to date over its first two episodes. Episode 1 set the stage with a lengthy and self-contained adventure that spiraled Gotham into chaos. Episode 2 put the pieces into place for the major conflict to come. And now Batman: The Enemy Within Episode 3 “Fractured Mask” will push the series into its endgame with a newly announced release date of November 21st.

So far the series has been firing on all cylinders, with Batman having to juggle his own safety, the future of Gotham, and the concerns of The Agency and its leaders. Bruce Wayne has once again become the star of the series, with his infiltration of Harley’s gang of thugs becoming the focus in Episode 2. Episode 3 should be action-packed as the crew pushes forward with their plans.

November has been a huge month for Telltale, with big releases across the board. Guardians of the Galaxy concluded, Minecraft: Story Mode Season 2 continued its journey, and today also sees the release of Batman: The Telltale Series hit Nintendo Switch. Batman: The Enemy Within Episode 3 could put a nice capper on the already fantastic month if it’s even close to as good as its predecessors.

Batman: The Enemy Within Telltale Games
We're Looking For Contributors