Battleborn Getting First Story DLC In October; New Heroes And Modes To Follow 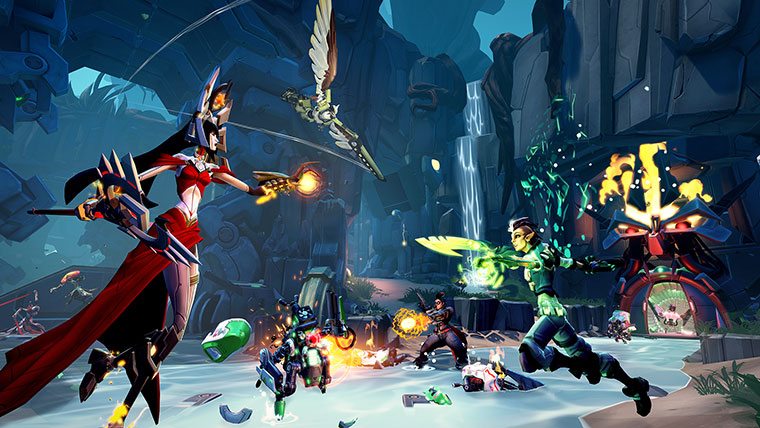 The interest in Battleborn has definitely died down since its launch earlier this year, but developer Gearbox Software is still giving the game their all to keep people interested. They’ll be doing that by releasing the game’s first story DLC on October 13th, which will begin a pipeline of story content to follow.

The DLC is called Attikus and the Thrall Rebellion, which is centered on Attikus as he leads the Thrall rebellion in the Jennerit slums. This DLC will go on sale on October 13th and costs $4.99, though it will also be a part of the game’s season pass.

Joining this new story DLC will be a new PvP mode called Face-Off, which will be free. Here’s what the devs had to say about it:

“Two teams fight against each other to exterminate the invading Varelsi. Each team must coordinate between defense and offense to kill Varelsi, collect their masks and deposit them for points. The first team to 500 points wins. Of course killing Varelsi makes them mad – Be ready for intense, multi-phase battles! Steal masks from enemy players and be quick to pick up masks your teammates left behind.”

More information will be revealed regarding the first story DLC closer to its release, but you can get more information through the blog post that also discusses new heroes by clicking right here.