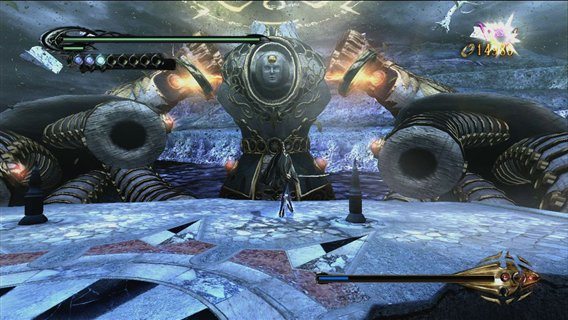 If 2010 was anything for gamers it was full of games and big announcements regarding the future of our favorite hobby. We had it all, hardware announcements, highly awaited titles that met expectations, and some surprising newcomers to the landscape.  These are our biggest gaming delights of 2010 in no particular order.

Bayonetta – When Platinum Games started showing off Bayonetta, I can remember thinking to myself, I don’t want to play that.  It’s over sexualized and frankly it looks a little tacky.  After playing Bayonetta, that notion got turned upside down on it’s head.  While Bayonetta is a sexually charged game, it’s also one that expresses more creativity in a single cutscene than most games do in their entirety.  When you throw in the fact, it controls better than 99% of the games in the same genre, what you have is a game that had a ton of replay value and one that harvested a lot of fans to series.. who are now patiently awaiting the annoucement of Bayo 2. 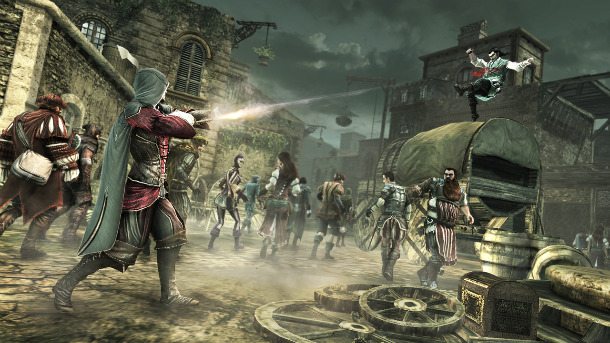 Assassin’s Creed Brotherhood Multiplayer – Let’s be honest.  Multiplayer games have taken hold of the gaming landscape.  People love to get on their consoles, hang out with their friends, and kill people.  The problem is, many games are just too similar. Companies want to piggyback on the success of other franchises instead of focusing on bringing new and unique experiences to gamers.  Why?  Well I’m sure it has alot to do with money, and thank god we didn’t get this from Ubisoft.  Assassin’s Creed Brotherhood’s Multiplayer leveraged the strengths of the single player campaign to near perfection.  And they did it while incorporating some elements from sucessful multiplayer games with great leveling and unlockables.  The end result, a fresh experience that will hopefully be built upon in the coming sequels of the game. 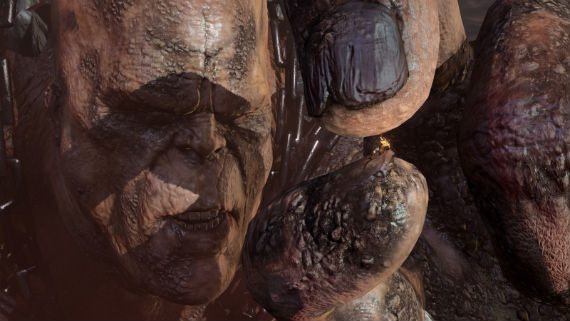 God of War 3 – Just when you think that maybe we’ve seen the best that this generation has to offer, Sony Santa Monica comes along with a big kick in the ass to prove that you haven’t seen anything yet.  Playing to the strengths of the PlayStation 3 Sony Santa Monica gave other developers the coup de grace when it comes to best graphics this generation.  The sheer size and scope of God of War 3 was mind boggling, and set new standards for what to expect from a sequel. 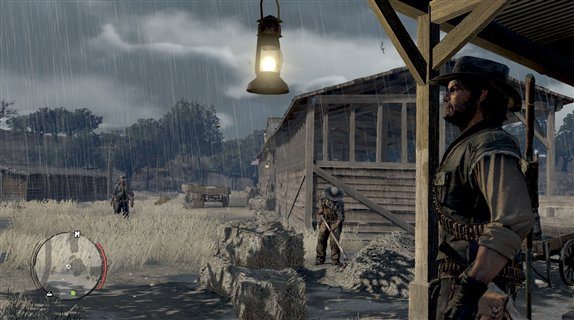 Red Dead Redemption – It’s not the first game to take to the old west and make a game of itself.  Heck it’s not even the first game by the developer to do this.  But where others didn’t quite capture the essence of the period, Red Dead Redemption succeded in spades.  Everything that makes the traditional open world Rockstar game was included for your gaming pleasure in RDR, a wealth of well tailored content, a beautiful atmospheric environment, an interesting storyline, all this coupled with the traditional grit of a Rockstar game more than exceeded the expectations of many fans. 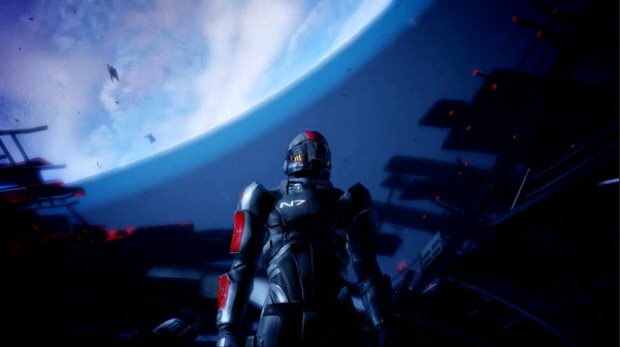 Mass Effect 2 – Mass Effect was one of my favorite experiences this generation, the combination of the RPG and TPS genres was brilliant.  The story was phenomenal, and the graphics top notch as well.  Then Mass Effect 2 released, and with it Bioware refined the game to an almost incomprehisble level of perfection.  Perfectly balanced between heart pounding action and emotional decision making, while at the same time being one of the most amazing looking games you had ever cast eyes on was enough to send many gamers into a state of gaming Nirvana. Released on only the Xbox 360 and PC originally, Bioware more recently announced that the title would be coming to PS3 early in 2011. 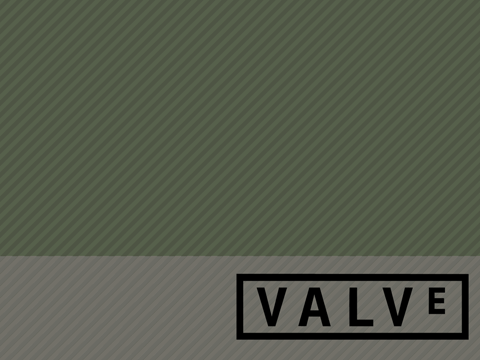 Valve Announces Portal 2 for PS3 and ends Xbox 360 Exclusivity – Sure Gabe Newell talked bad about the PS3 for a number of years, but 2010 was the year he came around and decided it was the best thing to issue this statement at E3 2010 during the Sony press conference.  Completely fed up with the Xbox Live service, Newell calls it ” a trainwreck”  for not allowing Valve to issue updates to its games freely.  Valve fans and Ps3 owners rejoiced as Steamworks was announced for the PS3 which will provide the ultimate Valve experience for PS3 gamers playing titles like Team Fortress 2 and Portal 2. 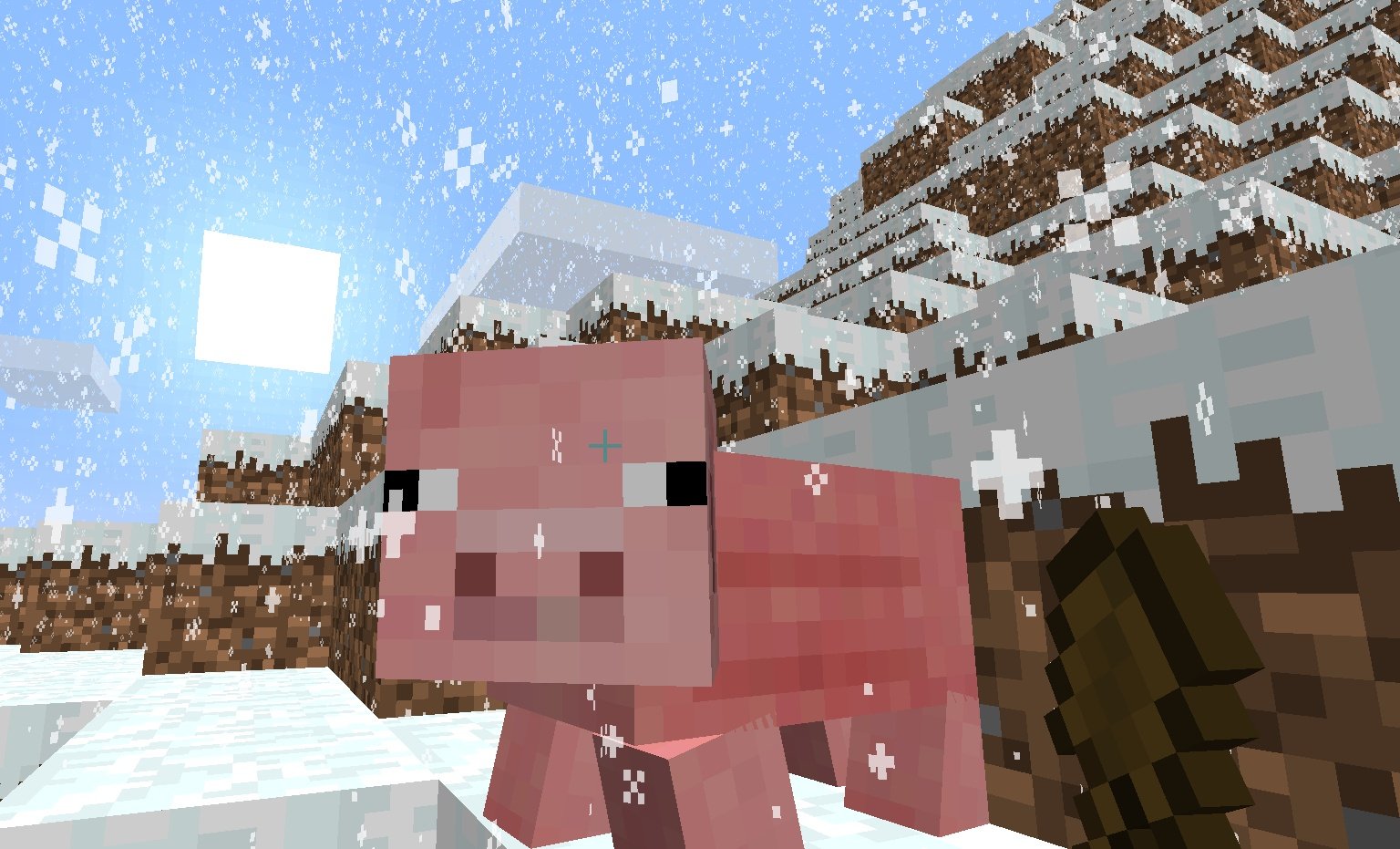 Minecraft – Showed that the little guy with an idea can run with the big dogs any day.  Minecraft is a game that will let you build anything that your heart desires, a simple game really that captured a huge audience while still remaining in it’s Alpha stage.  Gamers created giant replicas of the Starship Enterprise, a Working CPU, even recreated the earth complete with accurate topography. 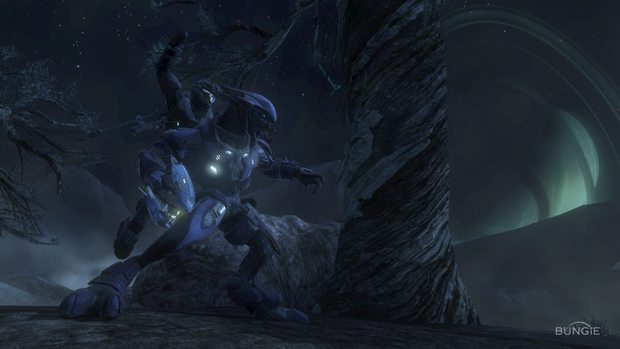 Halo Reach – Halo has been an extremely popular franchise since it’s inception 8 years ago.  Gamers line up in droves to purchase each and every game that comes out, but critics have been harsh on the more recent releases of Halo 3 and Halo:ODST.  With a lot of high hopes and even more hype surrounding the game Bungie managed to deliver the best of the series in this it’s 5th iteration of the franchise.  Tweaking and tinkering with what made Halo games so popular in the first place, many fans consider Halo: Reach the best in the franchise and that’s truly saying something as Halo 2 is widely regarded as one of the best multiplayer experiences of all time. 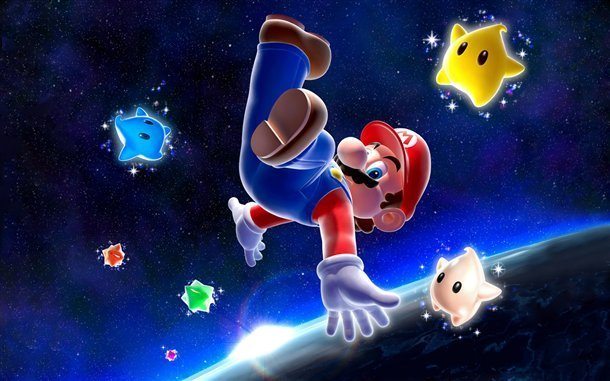 Super Mario Galaxy 2- You can count out Mario all you want but this old dog does new tricks. Despite all of the similarities to Super Mario Galaxy 1 the sheer creativity that blurs the line between hardcore and casual gamers is a trick that all developers simply must learn.  Galaxy 2 has some of the greatest platforming peices that you have ever played maintaining a adequate difficulty level throughout.  The game simply outclasses it’s competitors and is a testament to why Nintendo remains in the dominant position it has maintained this generation. 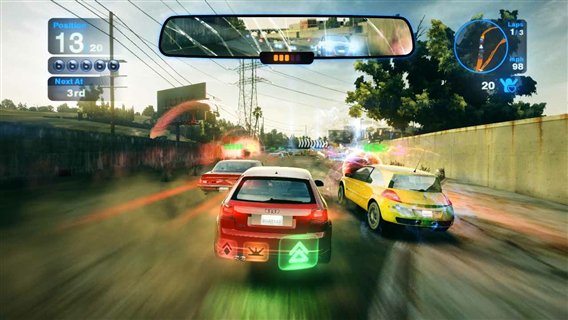 Blur – How someone never thought of this sooner is beyond me.  We have all played Mario Kart at somepoint in our lives, no?  So when Bizarre decided to make a Mario Kart game on steroids it was a can’t miss right?  Well it didn’t sell exceptionally well, and wasn’t rated that high either but there isn’t a better kart racing style game on the market today that brings the fun like Blur does.  Great controls, graphics, and leveling system similar to the Call of Duty franchise make this racer a truly addictive romp that is fun to pick up and play at any time.. if you can find someone to play with.

Well that’s it.  Sure there a ton of other games in 2010 that could or should have graced this list.  But we have been asked by Google to stop clogging the proverbial tubes, but that shouldn’t stop you from listing your favorites this year in the comments section below. We also named our biggest gaming disappointments over here if you wanna check that out too.