The latest news in the world of video games at Attack of the Fanboy
August 24th, 2017 by Jennifer Locke 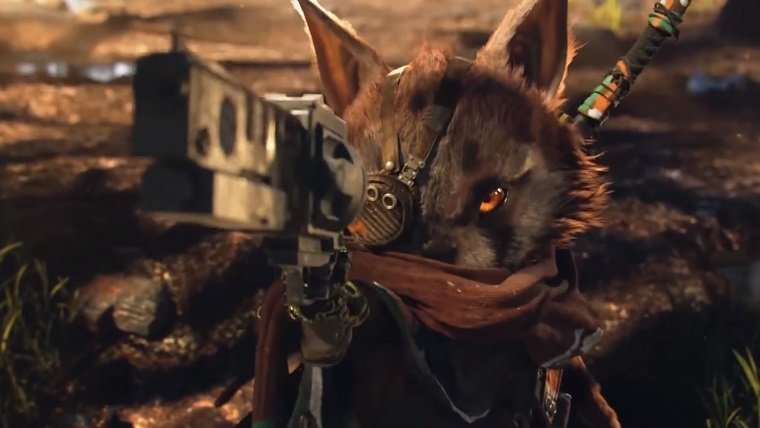 THQ Nordic and Experiment 101’s Biomutant was officially revealed a few days ago after an unfortunate leak through a German magazine. At the time only a cinematic trailer was released, but now the upcoming title has received extensive gameplay footage coming out of Gamescom 2017, showcasing its combat and RPG mechanics.

Head of Studio Stefan Ljungqvist spoke with IGN and commentated a live demo of the game. He describes the game as a “post apocalyptic Kung fu fable.” Ljungqvist states that the team created a free-flowing combat system between melee attacks and shooting. Because of this, players shoot with the face buttons on the controller instead of the traditional triggers.

The world that players explore in Biomutant is dying, but not because of any of the usual disasters like nuclear fallout. Instead, the world is being destroyed by oil rising to the surface and contaminating the soil and plants. The giant Tree of Life serves as the centerpiece of the world, with five giant roots sprawling out into the landscape.

Near the beginning of the demo, the character creation tool is shown, and we get a good look at the playable character’s stats and customization options. Everything from strength, agility, intellect, and more are displayed on screen, with subcategories in each one such as energy, attack speed, armor, and more.

When it was revealed, THQ Nordic noted that your choices and actions would decide how your story of survial ends, and this was elaborated upon during the demo. Players can determine their character’s morality through the game’s karma system. Biomutant tracks your karma which will then affect dialogue choices and even quest lines that open up.

Much of the footage highlights exploration and the title’s combat system. Biomutant has vibrant environments full of fantastical enemies. Check out the videos below to see Biomutant in action for yourselves.

Biomutant is set to release next year for Xbox One, PlayStation 4, and PC.