The latest news in the world of video games at Attack of the Fanboy
October 26th, 2012 by William Schwartz 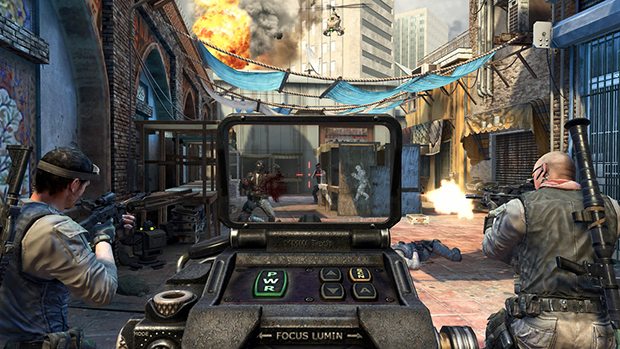 Multiplayer matchmaking in Call of Duty: Black Ops 2 will work differently than in previous iterations of the franchise. Treyarch’s David Vonderhaar confirmed the vague details just a short while ago.

In a recent conversation via Twitter, the developer explained to fans that the matchmaking system in Black Ops 2 would use latency and ping statistics instead of region, to determine the best games for players to join. While details are scare on how this will work, it sounds like the new matchmaking system will pair you with the absolute best host available, instead of just pairing you with the closest.

Whether or not this will curb connection drops for Black Ops 2 is yet to be seen (unless Treyarch can find an answer for Rage Quitters), but it looks like they are actively trying to improve upon the multiplayer experience from a connectivity stance as well.

Black Ops 2 is due out on the Xbox 360, PlayStation 3 and PC this November.