Black Ops Map Pack 2: Escalation Has Been Confirmed for May 3rd 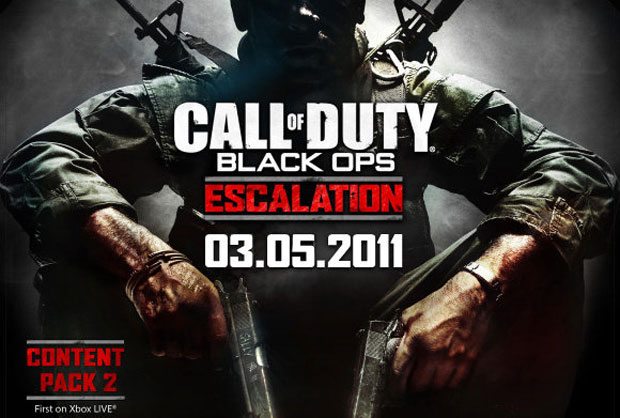 The Call of Duty: Black Ops Map Pack 2: Escalation has been confirmed for May 3rd.  It turns out that the flyer that was leaked last week was one hundred percent accurate.  With only a couple of weeks until the release of the maps, you can expect to hear more about the four new multiplayer arenas, and one new zombies map.  The flyer detailed the four multiplayer maps:  Zoo, Convoy, Hotel, and Stockpile and hinted at the Zombie Map “Call of the Dead”.

Xbox 360 gamers will once again get first crack at the maps on May 3rd, and it is assumed that the new maps will run you the standard $15 admission fee.  This news was confirmed by Major Nelson on his blog.

Today Activision has announced Escalation, the next game add-on for Call of Duty: Black Ops and that it will be available first to Xbox LIVE members on Tuesday May 3rd. Escalation, the second downloadable content pack for Call of Duty: Black Ops, contains 5 all-new maps; featuring 4 Multiplayer maps and an epic Zombies experience with all-new playable characters. In Multiplayer, battle it out in Hotel, on the roof of a Cuban luxury hotel and casino against the vivid backdrop of old Havana; Convoy delivers intense, close-quarters combat at the scene of an ambushed US military convoy; Zoo takes you on a wild ride in an abandoned Soviet Russian Zoo, with danger at every turn; Stockpile pits players in a remote Russian farm town housing secret WMD facilities.
For Zombies fans, “Escalation” features a unique Zombies experience.

Hopefully we’ll get a closer look at the maps in video soon.  PC and PS3 gamers can expect the maps around a month after they are released on Xbox 360. 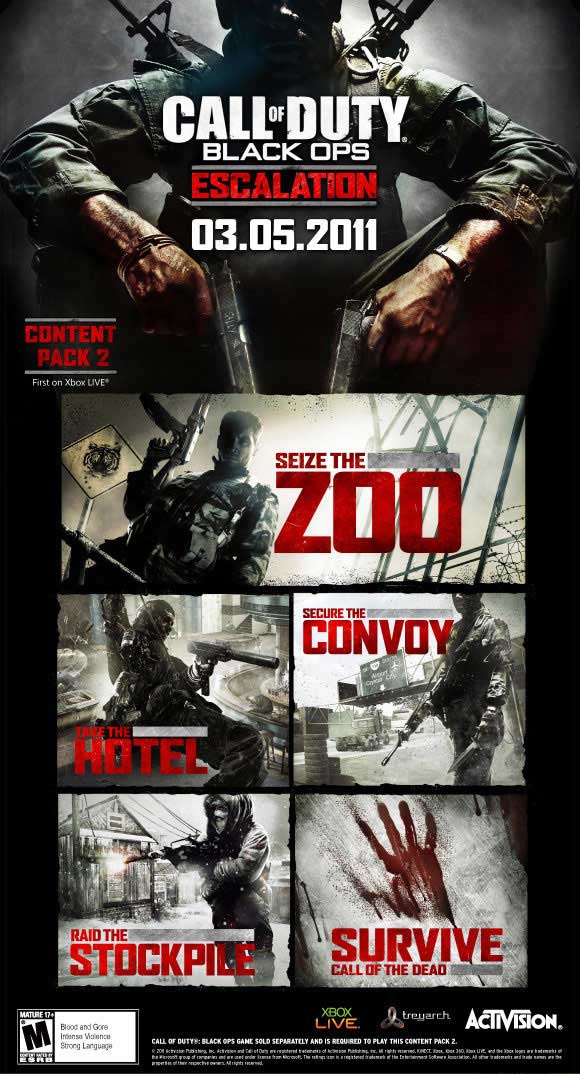