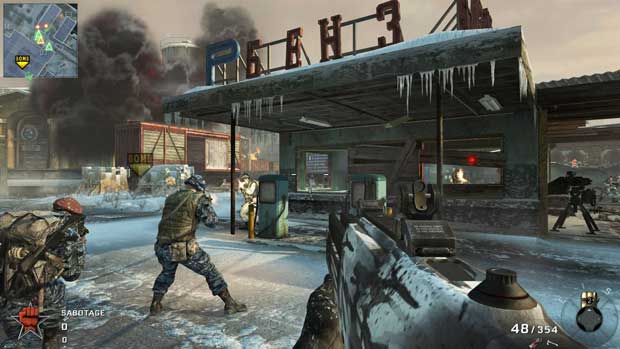 Call of Duty: Black Ops has recently seen a title update on the Xbox 360.  The update includes a brand new “Express” playlist which removes Ghost and Second Chance as available perks.  In the express playlist the time spent waiting between matches is halved from one minute down to thirty seconds as well.  Treyarch has also intiated a playlist which is dedicated to all map pack content where you’ll be able to play matches on only the First Strike, Annihilation, and Escalation map packs.

Included in the new category are a DLC Moshpit playlist and DLC Hardcore playlists which cater to only those with the existing available map packs.  Treyarch is getting set for their fourth DLC release later this week on the Xbox 360 with Rezurrection.  The first and only zombies themed map pack for the franchise sees players fighting their way through five new Zombies mode maps with one completely original map set on the Moon.  The other four maps are content from Call of Duty: World at War which was available only to fans that purchased a limited edition of the game.

The new DLC launches on the 23rd, while the new playlists are readily available now on the Xbox 360.