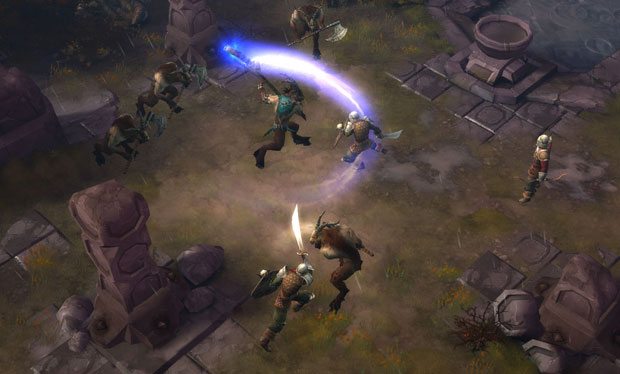 The Diablo III beta is getting into full swing, with the first wave of beta invites having been sent out to the masses of Battle.net.  The game on PC has a strong and loyal following, but console gamers have been asking for Diablo as well, and Blizzard has been actively exploring the possibility of bringing Diablo III to home consoles.   More over, Jay Wilson recently spoke about the controls of Diablo III and why he thinks they lend themselves well to consoles.

Wilson told PC Gamer that the controller based method works well with the game:

“One of the reasons why we’re exploring the idea of a console version of Diablo 3 because we feel that the controls and the style of the game lend itself to a console..”With some of our early experiments in putting a direct control scheme into the game via a 360-like analogue controller, I’ve been ‘Oh this feels even better, with direct control…'”, he continued.

Blizzard hasn’t confirmed that a console version of the game is coming at this point, but has been pretty active in talking about the possibilities of it.  Wilson noted that if Blizzard intends to bring the game to consoles, a PC controller based scheme is probably on the horizon as well.

“I can pretty much guarantee that if we decide to do a console version that we will look to support a pad on the PC,” said Wilson. “But initially with release I don’t think we’ll be ready.”