Borderlands 3 Is Currently In Development

The latest news in the world of video games at Attack of the Fanboy
February 4th, 2015 by Damian Seeto 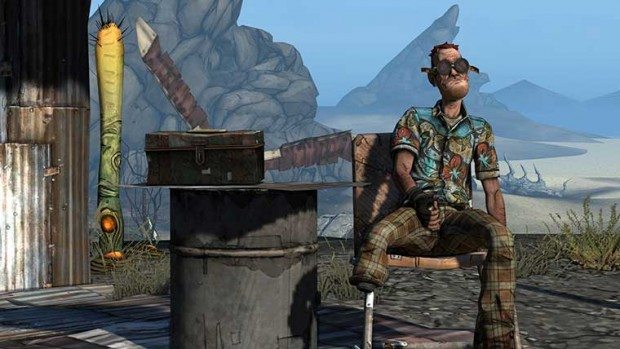 Take Two has confirmed that the next Borderlands game is now in development. It’s probably a good chance it’s being called Borderlands 3.

Take Two announced the existence of Borderlands 3 during its earnings call earlier today. Take-Two president Karl Slatoff confirmed that Borderlands 3 is in development for “next-gen consoles“. His comments highly suggest that the game will be out for the PC, PS4 and Xbox One only. This means PS3 and Xbox 360 gamers will be missing out on the next Borderlands game.

Pitchford and Gearbox, who spoke briefly about the new Borderlands game during the PAX South panel, didn’t say the game will be “Borderlands 3” by name, but he described it as the “big one”. This suggests it will be a direct sequel to the popular Borderlands 2. They already did the spin-off game with Borderlands: The Pre-Sequel coming out last year. Either way, the next game should be the third main game of the series.

Fans should be happy to know that Borderlands 3 is finally getting developed. Gearbox Software kept quiet about the game for many months until today.