The latest news in the world of video games at Attack of the Fanboy
September 29th, 2014 by Kyle Hanson 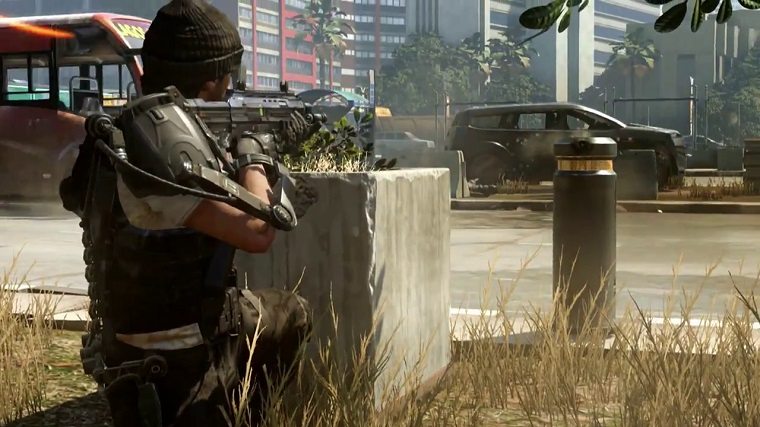 According to a report from Cinema Blend, research firm Sterne Agee is predicting that Call of Duty: Advanced Warfare will sell far fewer units than its predecessor Call of Duty: Ghosts. Specifically they predict a reduction in sales of 15%, going from 20 million down to 17 million units. While Advanced Warfare will no doubt be a best-seller for the year, this would be bad news for the franchise considering that Ghosts was already seeing a downward trend for the series, selling 19% less than Black Ops 2.

When asked why the firm believes Call of Duty: Advanced Warfare will struggle to retain the franchise’s lofty sales Sterne Agee analyst Arvind Bhatia gave a few reasons. First off they felt that gamers might be skeptical of Advanced Warfare after many were disappointed with Ghosts. This could be remedied if early reviews and word-of-mouth is good though. Another problem for Advanced Warfare is the fact that last-gen software sales have steadily dropped since the PS4 and Xbox One launched. This combines with the fact that many gamers are still debating whether to make the leap to the new-gen hardware, and which system to get if so. Most players will hold off on purchasing Call of Duty: Advanced Warfare until they have made that decision. All of these reasons, according to Bhatia, have resulted in lowered pre-order numbers for Advanced Warfare, which usually indicates lower overall sales.

As Sterne Agee admits however, this is all speculation. It is possible that Call of Duty: Advanced Warfare will end up selling equal to or better than previous entries in the series. A possible cause for this is a lack of direct competition, with Battlefield: Hardline hitting next year and Halo: The Master Chief Collection not really aiming at the same audience.

Despite all of this Sterne Agee is optimistic about Activision as a whole, thanks to other titles like Destiny, Hearthstone, and World of Warcraft. “Our point is that Activision, which was primarily known for Call of Duty and World of Warcraft in the past, now has a much stronger and diversified portfolio and has a presence on more platforms (iOS and Android) than ever before.”