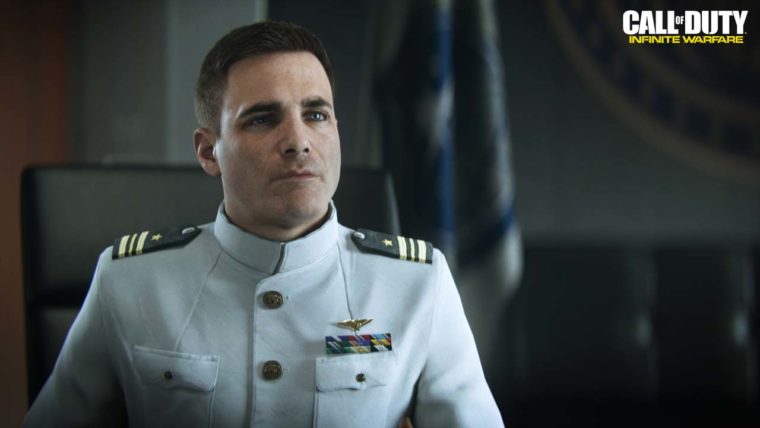 A new cinematic released by Infinity Ward for the campaign portion of Call of Duty: Infinite Warfare gives fans a look at one of the cinematics of the upcoming shooter.  In it, we see a part of the story where Lt. Reyes is promoted to captain after a brutal attack on SATO forces leaves Reyes as the highest ranking officer remaining on the UNSA Retribution.

While the story bits of Infinite Warfare have polarized fans with the series’ jaunt into space, Infinity Ward has yet to reveal any of the multiplayer aspects of the game as of yet.  The upcoming Call of Duty XP event will be the first spot where Call of Duty fans will see the game’s multiplayer component.  Year in and year out, this aspect of the shooter is the most played part of the game.  Stay tuned for early September when this aspect of the game is revealed.

Until then, you can watch the latest cinematic from the campaign of Infinite Warfare, below.

Call of Duty: Infinite Warfare is slated for release on November 4th for the Xbox One, PS4, and PC.