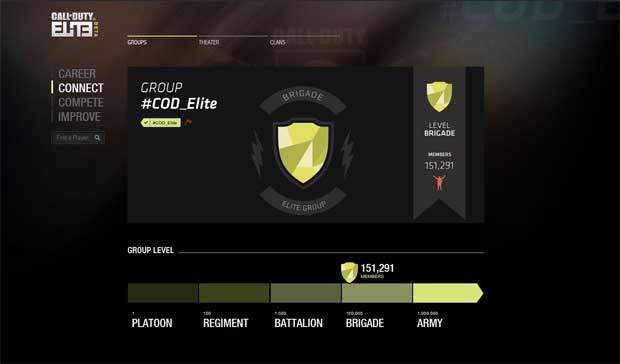 Call of Duty: Elite has seen a lot made of its DLC program that is associated with premium subscription, but Activision believes there is also alot of value within the other features of the service.  The social aspects of the Call of Duty: Elite infastructure are said to help promote “respectful” gaming  and foster social interaction between gamers with like interests.

Go into any online lobby for any popular first person shooter and you’ll likely find hate speech being volleyed around like a beach ball.  With many players using their online communication tools to lob hate rather than good will, there’s a black eye on the competitive multiplayer aspects of many games.  Jamie Berger of Activision recently talked about these negative aspects of online gaming, and thinks that Call of Duty: Elite could help change some of these things and it’s happening already in the beta.

“One of the most interesting things to me is how positive people are in the service. I’m most excited that within it, people are being supportive; they’re actually talking to each other, and amongst each other,  Berger said.  They’re so happy to actually have a place to be part of a community, not a message board… they’re actually behaving very much like people who just want to be social and have fun, not people who want to flame each other.

“It creates a social contract,” he continued “How can we start behaving as if we live in a neighbourhood? You try to treat your neighbours with respect. When you create a true community, that, to me, is the difference between ‘social gaming’ and a community. It starts breaking a lot of the bad assumptions about what a shooter is. It breaks down those anonymous walls and turns it into something where you start knowing each other.”

Call of Duty: Elite is the online stat-tracking, clan managing, video taking, dlc providing, part free, part premium service that is launching with Modern Warfare 3 this fall.  The program which is currently in beta has been the target of a lot of criticism since it was revealed earlier this summer.  Activision who recently announced that premium subscribers to the service at the annual rate of $49.99 would get access to numerous enhancements to the free version and monthly DLC updates for Modern Warfare 3.