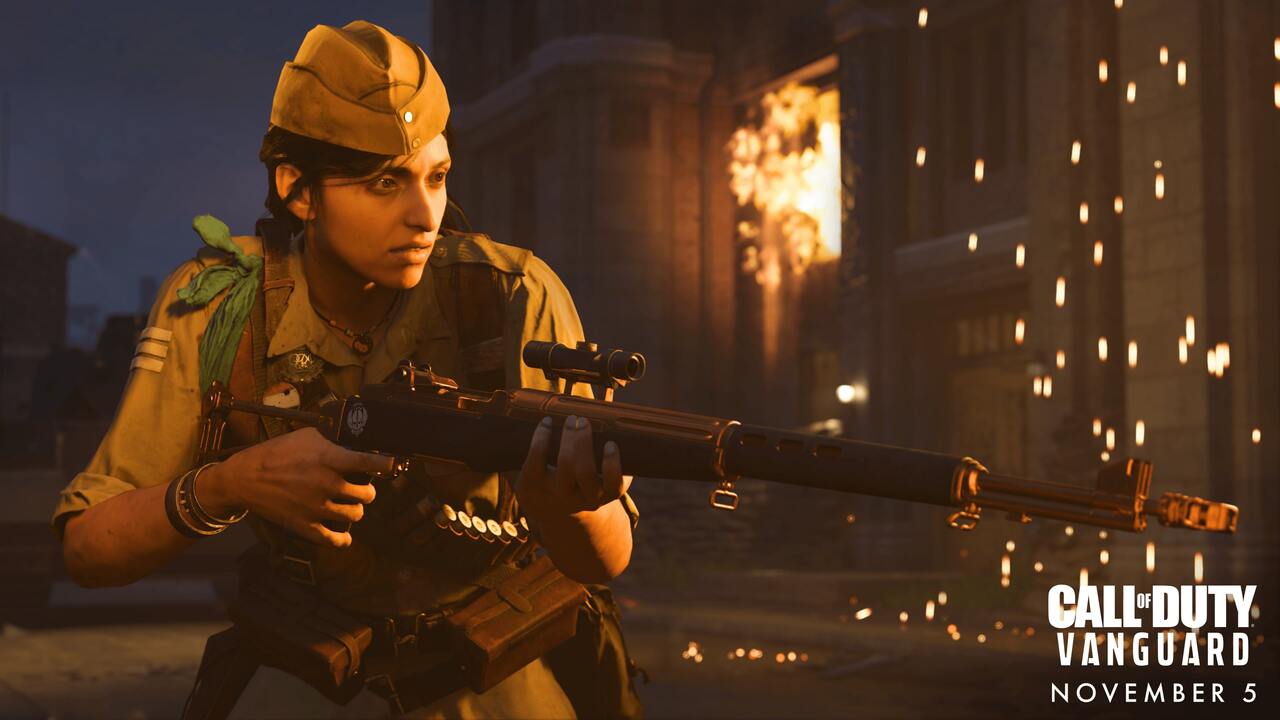 According to new references, Call of Duty: Vanguard might soon add Captain America and Indiana Jones to fight the Nazis and help you win the war. Activision has collaborated with various franchises; one of the recent ones introduced Ghost Face and Donnie Darko to the store as part of Warzone’s Halloween event. Call of Duty: Vanguard has been getting positive feedback so far and it seems like the developers are looking for new ways to attract more players.

​Call of Duty data miners and leakers have now seen in-game illustrations and artwork that hint that cameos for both Disney heroes could be on the horizon and possibly in their own event in Vanguard. A Call of Duty content creator, ModenasHD, recently tweeted a couple of fanmade artworks and “sets” discovered in Vanguard. The creator even found out the artwork of a Captain America player card in Vanguard.

​Another prominent Call of Duty leaker, Tom Henderson, tweeted on November 11 that both the Marvel characters and legendary explorer “seem to be making their way to” Vanguard soon. Tom further states that Disney and Activision have been in talks about possible partnership opportunities. Tom Henderson has received some code from a fellow data miner that suggests that both Captain America and Indiana Jones could be entering Vanguard via a future in-game event.

Both Captain America and Indiana Jones seem to be making their way to #Vanguard in the near future.

Disney had been in talks with Activision in the summer on potential partnership opportunities. pic.twitter.com/XI7juVSdfC

​Considering that Call of Duty Vanguard is set in the World War II era, the collaboration totally makes sense. Disney characters like Captain America and Indiana Jones have been fan-favorites, and Activision would want to capitalize on this. We already have witnessed a ton of Marvel characters in Fortnite and players have loved the idea of playing as their beloved superheroes in a completely different adventure.

​Call of Duty: Vanguard is out for PlayStation 4 and 5, Xbox One and Series S/X, and PC via Battle.net.