The latest news in the world of video games at Attack of the Fanboy
October 29th, 2017 by Dylan Siegler 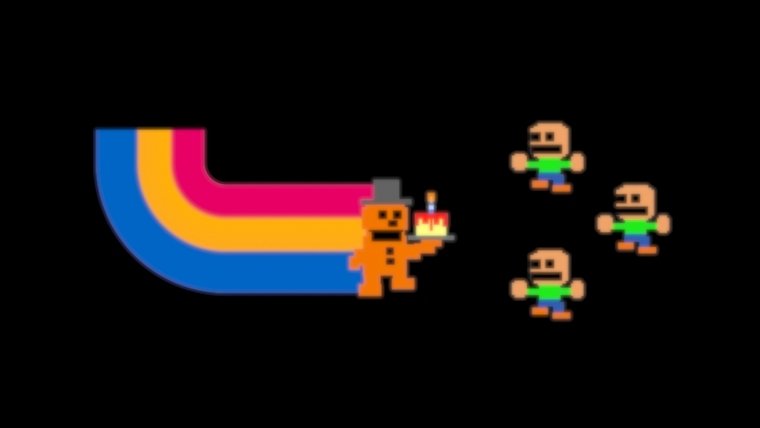 Scott Cawthon, the man behind the Five Nights at Freddy’s franchise, has been teasing a new installment for the series for several months now. A couple of months ago, Cawthon uploaded a new image to his website that got fans suspecting that Five Nights at Freddy’s 6 is on the way, despite Cawthon’s earlier claim that development for the game was being cancelled. More recently, however, Cawthon’s website has been updated again, and with it, a bunch of new fan theories about what’s to come are being shared online.

Yesterday (October 28), scottgames.com was updated with a newer version of the pervious image. Freddy carrying a cake with a rainbow behind him is still present, but now it appears that he is bringing the cake to three generic children. Furthermore, the source code for this website, as well as the source code for Cawthon’s other site fnafworld.com, have been updated to include the question, “What is paragraph 4?” over and over. The image on fnafworld.com has remained the same for some time now.

There are many theories as to what “paragraph 4” refers to. Some fans think it refers to the fourth paragraph of dialogue given by Phone Guy or Phone Dude in one of the games. Others think that it may refer to the fourth paragraph in one of the Five Nights at Freddy’s novels or The Freddy Files. However, none of these paragraphs seem to indicate anything one way or another about a new game. Another theory is that “paragraph 4” refers to the fourth “p” tag in the website’s HTML, which presents the color code “ee82ee,” a shade of purple. If correct, this may be a reference to series antagonist Purple Guy.

One of the more likely theories appears to be that “paragraph 4” refers to the fourth paragraph in Cawthon’s latest Steam update regarding the cancelled game. In this paragraph, Cawthon explains that although Five Nights at Freddy’s 6 is being cancelled, he will eventually return to make more games, likely of a more spin-off nature. Cawthon mentions the “Foxy Fighters” minigame from FNaF World as an example of the kind of game he would like to make next. He then goes on to say that he’d like to one day make a tycoon style game set in the world of FNaF. If this is indeed what “paragraph 4” is referring to, then it’s possible that Five Nights at Freddy’s Tycoon could be on the horizon.

A couple more things to consider that may or may not be relevant: All of the current Five Nights at Freddy’s games recently went on sale on Steam, including a bundle that gives you all five games for $7.35. This could just be a holiday sale given that these are horror games and it’s about to be Halloween, but it could also be seen as an opportunity for people to get all caught up on the franchise in preparation for a new release. But that’s just a theory.

Edit: The sale is over. I guess it was just a Halloween thing.

Speaking of theories, Cawthon’s website update just happened to occur on the same day that The Game Theorists’ new video on the series, which advertises itself as (Part One of) the last theory the channel will do on the franchise. Well, at least until a new game comes out. The Game Theorists and Scott Cawthon have developed something of a strange relationship with each other over the past three years, with The Game Theorists becoming a channel largely known for their FNaF theories (having uploaded 17 videos on the series, 15 of which are theory videos, with another one scheduled to release soon) and Cawthon mentioning and trolling The Game Theorists specifically over the past few years. Cawthon once called out the channel’s FNaF 2 theory as “getting almost everything right.” Cawthon once also digitally crashed a live stream hosted by The Game Theorists in which they were scheduled to discuss FNaF, with Cawthon constantly updating his website and emailing members of the stream as it was live. So is it just a coincidence that Cawthon’s website updated on the same day that the first part of The Game Theorists’ final theory on the franchise came out?

Just like the Five Nights at Freddy’s franchise as a whole, there are a lot of puzzle pieces here and we clearly don’t have all of them. It does seem apparent, however, that Cawthon will continue to supply his fanbase with more and more pieces in the coming months.