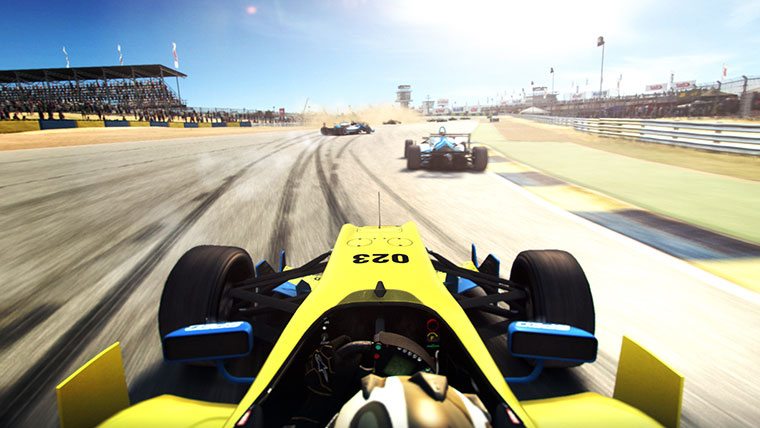 Codemasters is looking to go back to their roots for the recently announced GRID: Autosport.  According to the developers, this next game will be a more authentic racing experience aimed directly at the core community.

“On release of GRID 2, I think it’s fair to say that through listening to you guys and a after a substantial amount of reflection, we hadn’t quite achieved everything we set out to do. We’re proud of the game, really delighted with some of the great reviews for it, but we’re not above admitting that we made a few decisions that perhaps we shouldn’t have, and perhaps moved some of the aspects of the game too far away from our core fanbase,” revealed the developers on the Codies Blog.

Listening to these core GRID fans, Autosport will feature a number of fan favorite features, as well as some new ones, but it’s apparent that the upcoming racer is getting back to the roots.

Iconic tracks and old favorites will return, teammate racing in a robust career mode, more authentic handling on a “great selection” of cars,  Racing Clubs for multiplayer, and multiple in-car camera views are just a few of the features listed in the announcement.