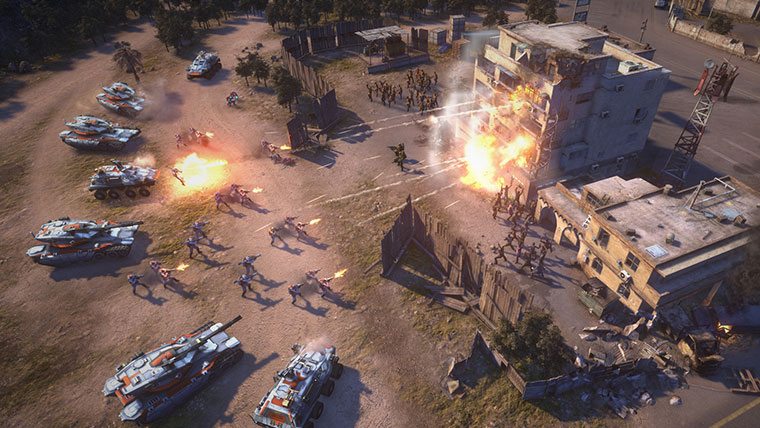 Part of being in a creative team is the understanding that not all of your choices are going to work out. In this case, we shifted the game away from campaign mode and built an economy-based, multiplayer experience. Your feedback from the alpha trial is clear: We are not making the game you want to play. That is why, after much difficult deliberation, we have decided to cease production of this version of the game. Although we deeply respect the great work done by our talented team, ultimately it’s about getting you the game you expect and deserve.

Over the next 10 days we will be refunding any and all money spent in the alpha. If you have a question about your refund, please contact help.ea.com.

We believe that Command and Conquer is a powerful franchise with huge potential and a great history, and we are determined to get the best game made as soon as possible. To that end, we have already begun looking at a number of alternatives to get the game back on track. We look forward to sharing more news about the franchise as it develops. Thank you again for your participation and support.”

This was followed by tweets of developers from Victory Games announcing that the studio has been closed, along with an EA confirmation to Polygon that the studio was shut down. According to an EA spokesperson, “The team at Victory Games will be disbanded. Wherever possible, we are working to help these talented people find other opportunities within EA.”

Command and Conquer was a free-to-play game powered by Frostbite engine that was advertised as a service model, with services such as single-player campaign and other episodic content being added after the launch of the game in 2014.