The latest news in the world of video games at Attack of the Fanboy
August 28th, 2014 by Danny Vittore 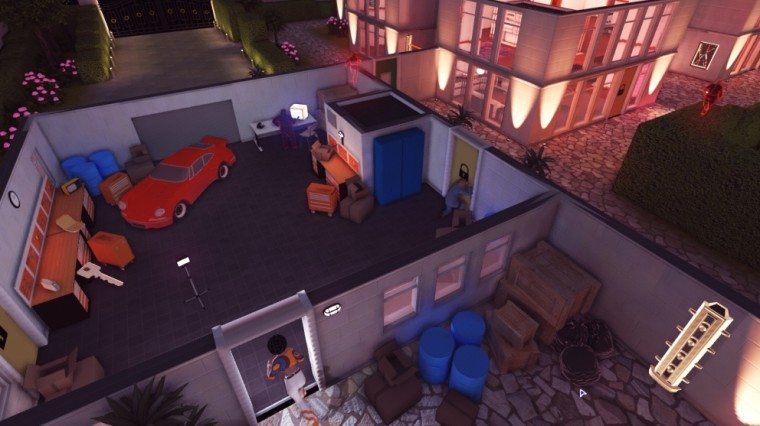 Crime doesn’t pay. At least, that’s what we are lead to believe. But with an influx of games like Payday 2, Monaco: What’s Yours Is Mine and Omerta, it kind of seems that it does. Crookz is another game that buys into this trend of crime paying the bills.

The gist of the game is that you start out as part of a gang of expert thieves in the funky 70s, stealing from the rich to… pay for their own expensive lifestyles. You thought I was going to say give to the poor weren’t you? It seems “no honor amongst thieves” really is true in the game. It’s made even more apparent after a big heist and the whole gang falls apart due to a betrayal. Now, five years later you are picking up the pieces and leading a new gang, getting revenge and getting even more rich.

Crookz seems to be a top-down tactical game. Not much is known about the gameplay (predominantly due to the lack of it in the announcement trailer, which you can watch below, and an immense amount of Ron Jeremy instead), but it appears to have decent enough graphics and might look to have gameplay similar to Monaco:WYIM in that each character you use will have special skills that will be essential to completing your heists, however no multiplayer has yet been announced, so you’re likely on your own.

With 20 “elaborate” missions planned the singleplayer promises to be diverse and exciting not just when you are planning out your heist and deciding what kind of equipment you are going to give to your character (including, but not limited to, chloroform and explosive charges). As a relatively unique game, I can’t think of too many games that are too similar to Crookz other than Monaco and Payday, this is definitely a game worth watching

Crookz is planned for release some time in 2015 on PC and Mac.

Does the prospect of planning and executing a heist excite you? Tell us what you think in the comments below!