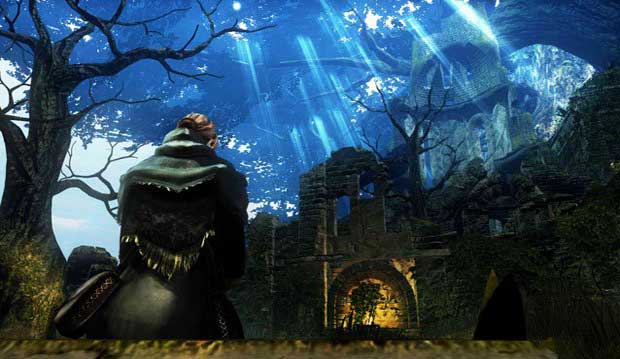 From Software could very well be working on a follow-up to the sensational Dark Souls that released last fall.  Proving that gamers are still looking for a challenge with their soul crushing difficulties in both Demon’s Souls on the PlayStation 3, and in Dark Souls’ multiplatform release, From Software has said “Of course it’s not over”, when talking to Game Trailers about the possibility of a sequel.

From Software is looking for a way to hit a much wider audience next time around.  “We’ve always been about making games for the core gamer,” Eiichi Nakajima told the website.  “They weren’t necessarily games that did well financially, which is too bad… The success of both Demon’s Souls and Dark Souls, which have sold over a million units per title worldwide, has made us shift our thinking internally to not just core gamers, but to globalize our products, that they can be successful on a worldwide scale.”

One place for From Software to start when thinking about reaching more players is to look to the PC gaming community.  A petition to bring Dark Souls to the PC saw thousands of gamers hoping for a PC release of the latest game, after it recieved glowing review scores from critics.  As for Dark Souls 2?  Eiichi had no details to spill, but it’s probably safe to assume that the trademark difficulty of the game will be intact, if an when it finally is announced.