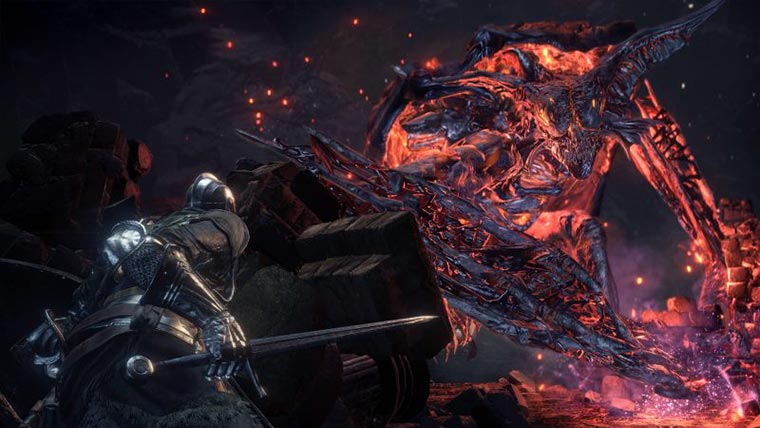 The second downloadable content for Dark Souls III released this week with The Ringed City.  While it was known that this would be the final bout of content for that game, Hidetaka Miyazaki has confirmed that From Software is shelving the popular ARPG “at least for now.”

After releasing multiple ‘Souls’ games over the last few years, Miyazaki is moving on to new projects that he says “should be interesting,” according to a recent interview with Famitsu.  While spoiled with an abundance of games in the series, fans shouldn’t be awaiting Dark Souls 4 as the creator says that they “don’t have any future plans for it.”

From Software currently has no plans for Dark Souls 4

While the Dark Souls series started as a niche product, it’s unique blend of fantastic level design, big boss fights, and difficult combat saw it step up to be one of the most beloved game franchises of the last decade.

Prior to the success that From Software had with the Souls series (and the Bloodborne spinoff), the company had largely been known for its many entries in the Armored Core franchise.  It’s unclear where From Software will head from here, but a new Dark Souls game is certainly not to be expected after these comments by the series’ creator.

Will Miyazaki and company continue to make games similar to Dark Souls with a different name?  That might not be expected either as the developer said that he’s ‘not concerned with developing new titles that mirror the Souls games.’  Things do change, however.  The Souls games have probably afforded From Software and Miyazaki to work on just about anything they want at this point.

For now, Dark Souls III: The Ringed City will be the last we see of the series and it’s available on Xbox One, PS4, and PC.