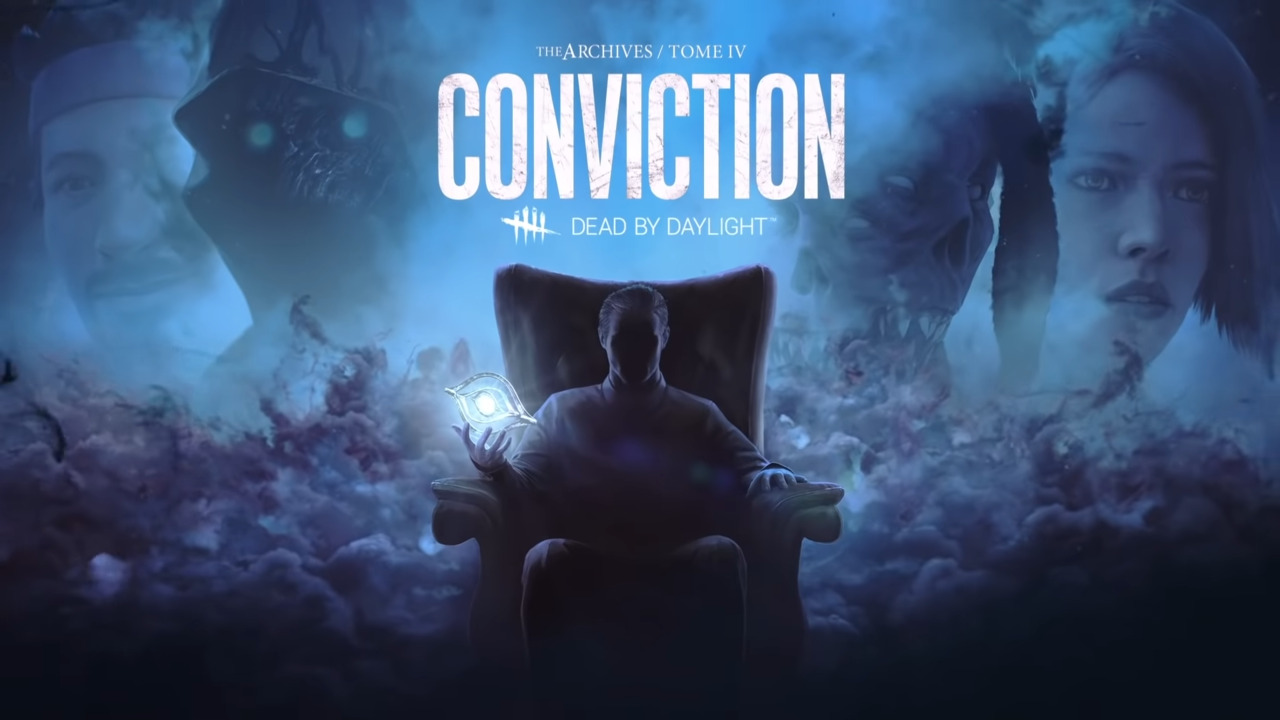 The popular asymmetrical multiplayer horror game Dead by Daylight has received yet another influx of new content with the release of Tome IV: Conviction. Conviction, which launches in Dead by Daylight today, adds several new memories and cosmetic items for players that wish to delve deeper into the game’s lore.

In addition, new story-related outfits and charms will launch for these characters alongside the update. While Meg Thomas and The Wraith are characters from the base game and are available to all Dead by Daylight players, Ace Visconti and The Hag are premium characters. However, if you don’t own either of them, they’ll both be discounted 30% through August 5 if you’d like to expand your roster and experience the full breadth of memories added with the Conviction update.

Of course, a new Tome means much more than just memories. A new limited-time Rift has been added to the game, offering both free and premium tracks with their own unique cosmetic rewards. The free track, available to all Dead by Daylight players, features new outfits from the Treacherous Waters Collection for both the Doctor and David King. As per usual, purchasing the Rift Pass will grant instant access to exclusive cosmetic items as well as the premium track for the new Rift.

The premium track includes a handful of skins for different characters, but it also includes an exclusive outfit from the newly released Greek Legends Collection. The Goddess Queen outfit for Zarina Kassir is included with the premium track, and it cannot be obtained through other means. Keep that in mind if you’re looking to collect the complete set of Greek Legends outfits. Two outfits from the Greek Legends Collection are available in Dead by Daylight right now, and more will arrive regularly over the next few weeks.

Dead by Daylight is available now for PC, PlayStation 4, Xbox One, and Nintendo Switch. If you’ve yet to jump into the asymmetrical horror fun, the game is currently discounted across all platforms to celebrate the release of Conviction. It’s also included in Xbox Game Pass for both console and PC.