A game for everyone this month, and a decent perk for Avatar fans. 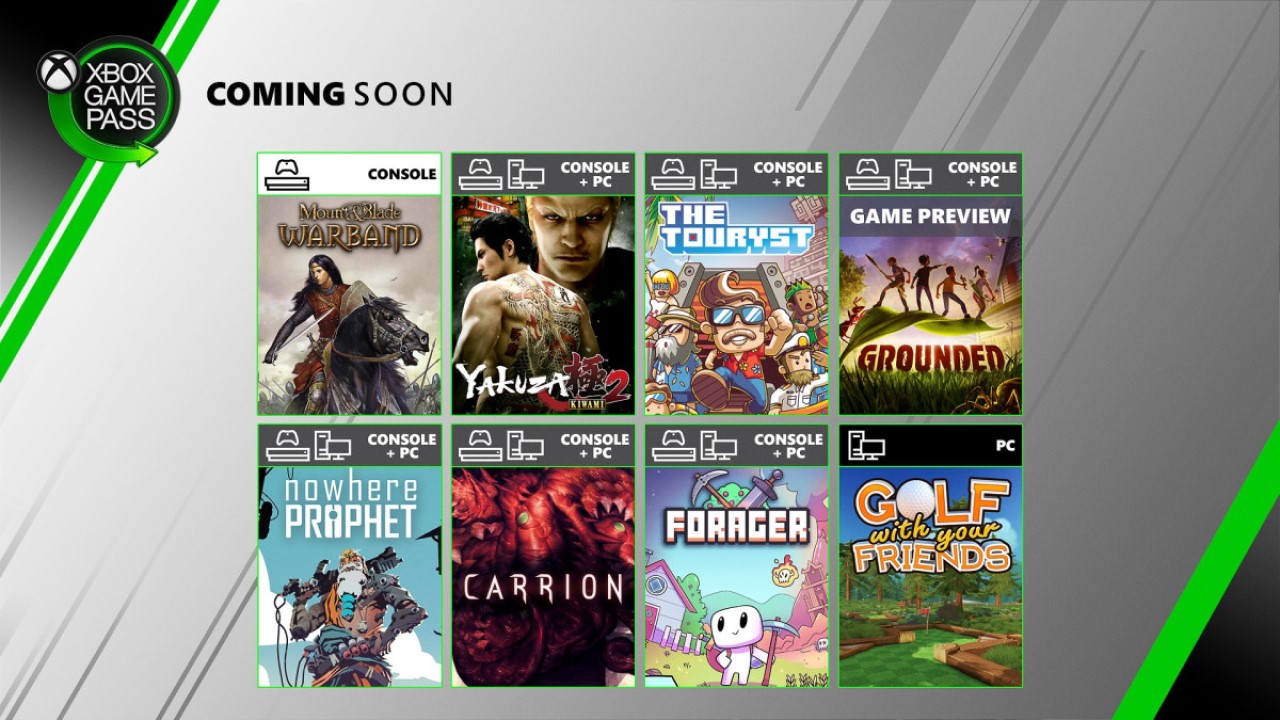 Microsoft’s Xbox Series X may be around the corner, yet that hasn’t stopped the company from expanding their Xbox Game Pass. July will feature quite a few new titles to play, and Avatar fans subscribed to Game Pass Ultimate will have a little perk to look forward to (assuming they play SMITE).

July is a solid month for both PC and Xbox Game Pass subscribers, with only two games out of the eight locked to one platform or the other. Coming to Game Pass this month are:

Bear in mind Grounded will be part of the Xbox Game Preview, which is essentially Microsoft’s Early Access program, so don’t go in expecting a completed product. Console players wondering what the Hell all the hullabaloo around Mount & Blade II: Bannerlord is about should certainly check out Warband. Other than that, all the choices above are solid games, so subscribers should definitely give each a peak.

Additionally, Halo 3 (PC), Endless Space 2 (PC), and Neon Abyss (Console & PC) are live on the Xbox Game Pass today. Halo 3 is arguably the best addition to the PC version of the Master Chief Collection thus far, and Endless Space 2 will scratch that galactic 4X itch if you have it. I can’t speak to Neon Abyss, but hey, Game Pass! I’m sure I’ll kick the tires on it later this week.

Of course there are other little tidbits listed in the article over on Xbox’s official website, such as the Microsoft Flight Simulator pre-install for PC (hope you have the disk space), but Avatar: The Last Airbender fans can get a headstart on the new Avatar Battle Pass in SMITE if they are Ultimate subscribers. They’ll get 3,000 Battle Pass points to start them off (I.E. roughly 8 levels in the pass), and access to the three gods Aang, Korra, and Zuko are skins for (Merlin, Skadi, and Susano respectively). Fans will have to purchase the premium pass if they wish to unlock the actual Avatar content, but this little giveaway means new SMITE players here for the crossover only need to purchase the pass. All said, not a terrible deal at $10 (and the base skins are not deep within the pass, so you won’t have to no-life SMITE to grab them).

You can read more about July’s Game Pass offerings over at the official website. In the interim, check out this developer vlog for Grounded below.