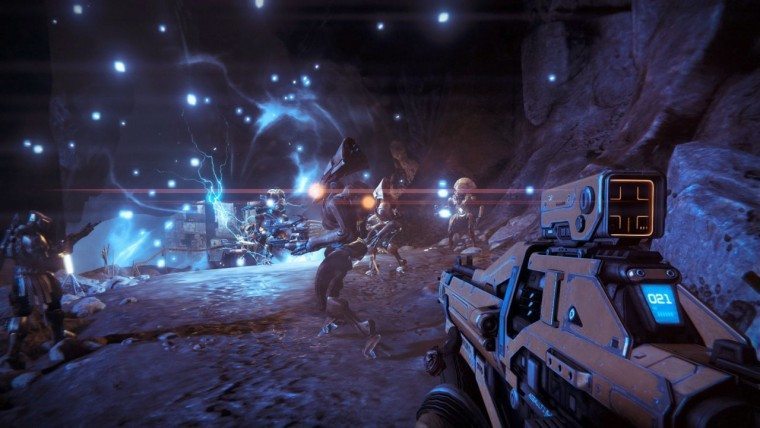 As Destiny has gotten closer to final release the big debate has become, which system will be the best to buy it on. That debate just got a lot harder as Bungie has confirmed that both PS4 and Xbox One versions of the game will run at the same 1080p resolution and 30 frames-per-second. This was always true for PS4, but it took a bit of work to get to that mark on Xbox One.

In fact, the beta, which begins tomorrow, will still be at the old 900p resolution that was a possible final configuration before Microsoft saved the day. A recent update to the Xbox One development kit by Microsoft allowed for higher GPU (graphics processing unit) rendering, allowing for better visuals using the Xbox One hardware. It was this change that Bungie used to reach the all-important 1080p figure, which you can see in motion in the video below.

The beta remains 900p because Bungie had to finalize that for release long before the final game. This meant they had to make the decision to “fork” development, using the older, 900p version of the game for developers to finalize for the beta release. Other members of the team could then continue work on creating a 1080p final release without affecting the beta that players will be enjoying tomorrow.

With both new-gen versions of Destiny reaching visual parity gamers have definitely benefited greatly. While some differences still remain, such as the PS4 version having exclusive content within Destiny’s planned expansions, at least everyone will be on the same visual level with the game. Unless, of course, you are stuck with the PS3 or Xbox 360 versions, then you’re dealing with a whole different story.

The only unfortunate part is that Destiny still remains at 30 FPS, instead of 60. This would have been a lofty goal for the game to reach this early in the console-cycle, but it really would have elevated Destiny to the next level in terms of visuals. Perhaps the inevitable sequels, which allow you to carry over your character progress, will hit it and we can marvel at the ruined Earth in smooth 60 fps.