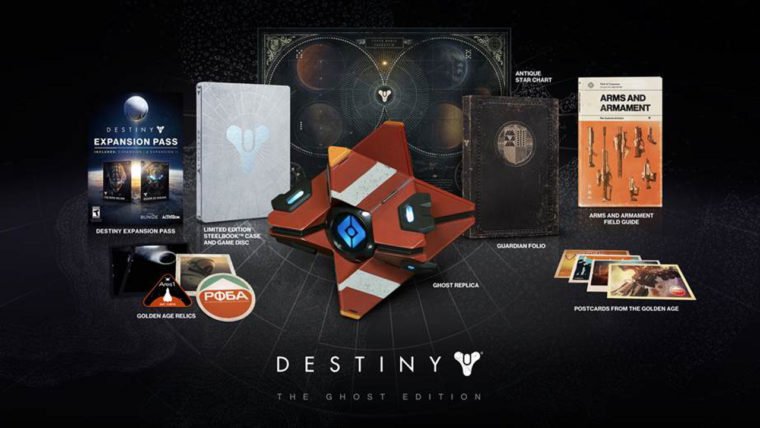 According to a post over on NeoGAF some customers are having their pre-orders for Destiny Ghost Edition canceled due to the store not having enough copies. The email in question came from Walmart and offers to change the pre-order from the Ghost Edition to the less rare Limited Edition, along with refunding the price difference. It is pretty odd that Walmart is offering to change the pre-order to the Destiny Limited Edition since that too has been sold out at many retailers. As the email also states, the main difference between the two versions is that the Limited Edition does not come with the Ghost Replica, Letter of Introduction, or the Relics.

Pre-orders for Destiny’s multiple special editions went extremely fast once they were revealed. Online retailers Amazon and Gamestop were sold out of the new-gen versions within the first day or two, with last-gen editions being available for a little longer. It seems like Walmart might have taken a few too many pre-orders before marking the item as “sold out”. It also could be that they had their planned stock diminished in some way. If this is the case then it is possible we could see more cancellations coming from other retailers soon. 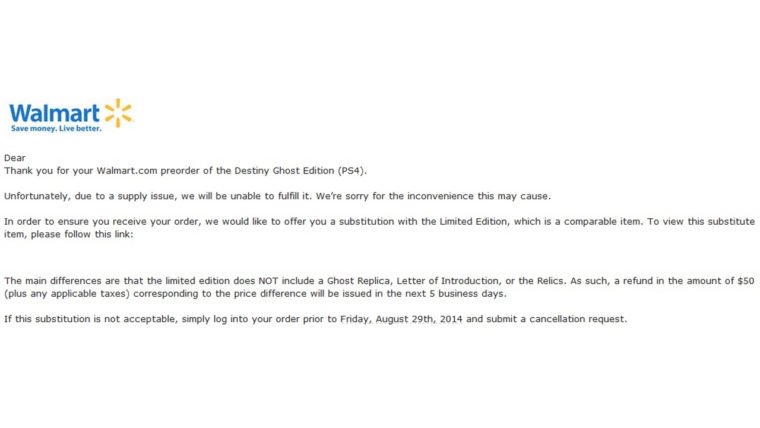 On the thread that first brought the issue to light there was a lot of fear that other user’s pre-orders might get cancelled, however, as of writing, there were none that have come forward with the same issue. Hopefully this is an isolated instance, but with how fast the game sold out at every retailer offering it, there is concern that any manufacturing issue could cause more cancellations. Game discs and paper manuals are easy and cheap to produce, but a physical reward like the Ghost replica can cause all sorts of problems.

Destiny will be released on September 9th for Xbox 360, Xbox One, PS3, and PS4. There are three special edition versions available, the details for which can be found here.