Destiny Makes Changes to Strikes and Drops a New Sparrow

The latest news in the world of video games at Attack of the Fanboy
November 21st, 2014 by Kyle Hanson 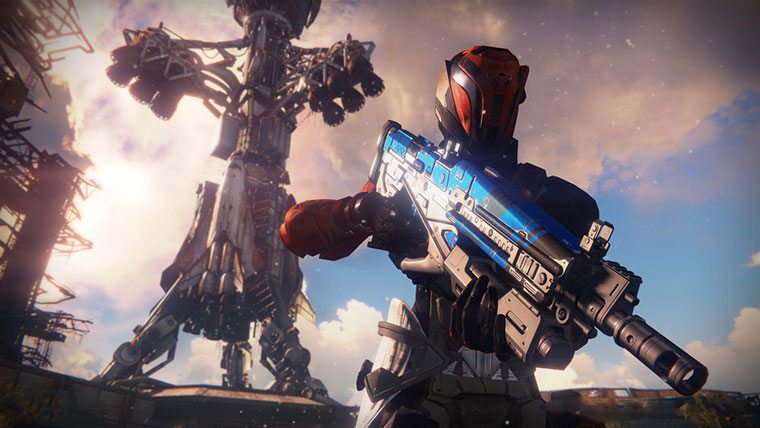 Bungie continues to make changes and improvements to Destiny and along with that comes the weekly update to cover the changes. Today follows behind the biggest update that has ever dropped for Destiny, with over 2GB of alterations to nearly every system in the game and helping make way for the upcoming expansion. Those changes have been covered elsewhere, so let’s take a look at the two newer and bigger updates that are detailed in this latest post. These are the new Sparrow that players will get a chance to earn later, and some alterations to how Strikes work.

The Tumbler is the newest Sparrow that players can use to zip across the surface of Destiny’s many planets (and moon). The vehicle was designed by Bill Gross, who said that his inspiration came from the players.  “Players’ desire for self-expression was the driving force behind the creation of the Sparrow,” Bill says. “I’ve watched dozens of community Sparrow trick videos and was blown away by the creativity. I wanted to unlock that trick potential for all players.” The next set of challenges that hit Destiny should contain the method by which you can unlock The Tumbler, so keep an eye out for those.

The big gameplay change that is detailed in this week’s update is the modfication of Strikes. As Bungie put it, Stirkes are the middle ground between solo adventuring and the six-man mindmeld that is required for Raids. Here are the change details, straight from designer James Tsai:

We were looking over the data from Strikes and found that some unintentional damage scaling was occurring based on team size. The larger the Fireteam, the more damage an enemy shot would inflict upon its members.

We made a couple of changes. First, we tuned the damage to be a little easier overall so that we’d see higher survival rates in 3-player fireteams. Then, we normalized these damage values across all group sizes so that players wouldn’t feel that additional Guardians joining their Strike made things harder. Players can now be certain that people joining their team are helping their progress, not hindering it.

The side effect of this change is that playing Strikes solo has indeed become a little harder. We acknowledge that this is undesirable for many players and we are considering different ways to solve these problems.

A few other details are included in this week’s update, such as a graph of the damage you inflict while playing in Iron Banner. Be sure to head over and take a look if you want more info.