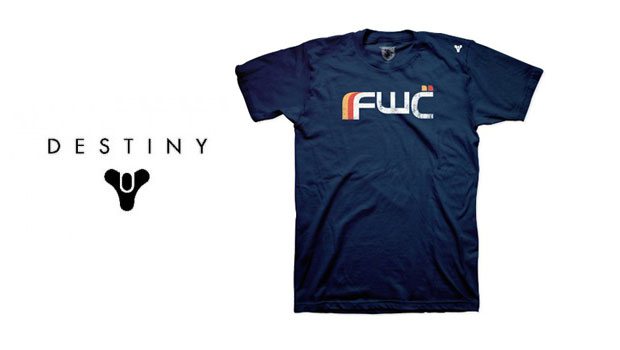 This past Saturday Bungie fans celebrated 7/7, or Bungie Day as they call it. With the developer hard at work on their next game, many thought Bungie would release at least some details about their next game over the weekend. The good news is, they did. The bad news is, the information that they did reveal was in the form of a T-shirt that can be purchased on the Bungie Store.

The T-Shirt features the “Destiny” logo, and the letters FWC. What it means however, that’s up for speculation. This weekend also brought news that Paul McCartney was working with Bungie, writing music for some facet of the developer’s next game.

Earlier this year, a detailed plan leaked concerning the release schedule for Bungie’s next game, their first venture since leaving Microsoft in 2010. The early indications suggest that this next title will be an MMO-style sci-fi action shooter.