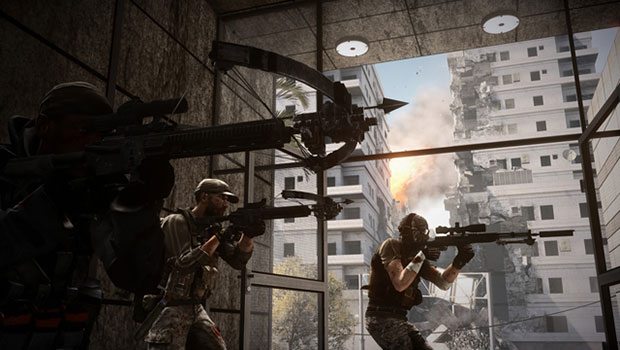 The Earthquake ravaged landscape of Battlefield 3: Aftermath is going to be a big departure from what fans are used to experiencing in multiplayer. DICE recently explained on the Battlefield Blog their inspiration for Aftermath, and how they looked to take what was done in the single player campaign, and bring it to multiplayer.

“With Aftermath having a post-earthquake city theme I was eager to take what had been established in the single player campaign and bring that into our dynamic multiplayer environment. Just like in the previous expansion pack Armored Kill, the environments in Aftermath are a feature in themselves.”

In the map highlighted in this blog post, DICE’s Epicenter Level Artist reveals his primary objective in this earthquake themed map.

“When I started working on the map that would eventually be named Epicenter (where a few of our first Aftermath screenshots are taken from), all I had to go on was the overall theme for the expansion pack. All maps in progress have project names assigned to them, and I simply called mine “Earthquake”. The name was meant as a reminder for myself to push the earthquake aspect as far as I could. The final name Epicenter also echoes this emphasis on the more extreme effects of this natural disaster.”

Battlefield 3 Aftermath arrives next month on the PlayStation 3, Xbox 360, and PC for Battlefield Premium subscribers.