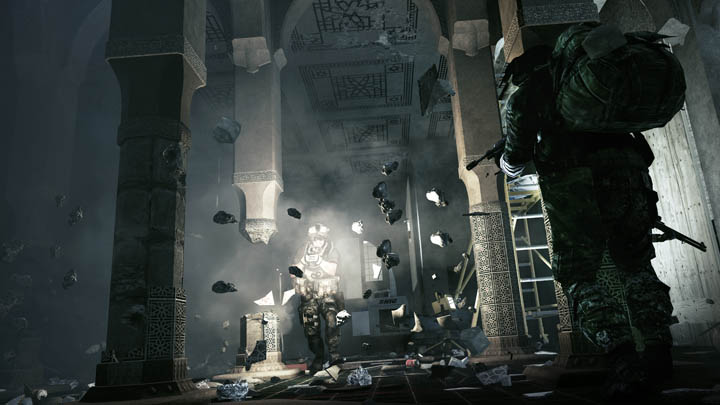 Battlefield 3 has seen its fair share of controversy and fan outrage since launch, but now six months in, fans have become even more vocal than ever before. Concerning the game’s problems and the methods that DICE has chosen to address them, has stirred up Battlefield fans, yet again.

The last update that arrived on all platforms was the biggest on record, and it fixes a lengthy list of problems that the game has been facing. As you can imagine, not everyone liked the changes made in the last patch. DICE’s Patrick Bach addressed those disgruntled by the recent changes to the game in a recent interview.

“People do not care and they do not know about the big picture, but we do. Because we don’t care about single individuals, we care about everyone. We try to make sure that everyone has a great time and that the balance is overarching. So we have a lot of statistics, we look at all the data and we try to listen to people and ask ‘is this really an issue?’. And in most of the cases it is not an issue.”

So are there still problems with Battlefield 3? If there are, DICE is continuing to look for ways to improve the game, says Bach. “”We get a lot of praise for it but the biggest problem is that the people that like it don’t go on forums and write about it, they just keep playing,” Bach added. “We can see that our player numbers are going up as we speak because of the patch. It’s not going down even though people say I’m not playing because of the patch… I think if people went back to the old patch now after a couple of weeks they would see the big differences. But then again it’s not that it’s hassle free, so of course we are looking into any real issues that we need to fix,” Bach elaborated.

Yesterday, DICE released new gameplay footage from its Close Quarters DLC. And spoke about problems still facing the game. The developer reassured that they are still looking into problems with Battlefield 3 on all platforms, and new fixes (for PS3) should arrive before the expansions.