The latest news in the world of video games at Attack of the Fanboy
June 30th, 2014 by Kyle Hanson 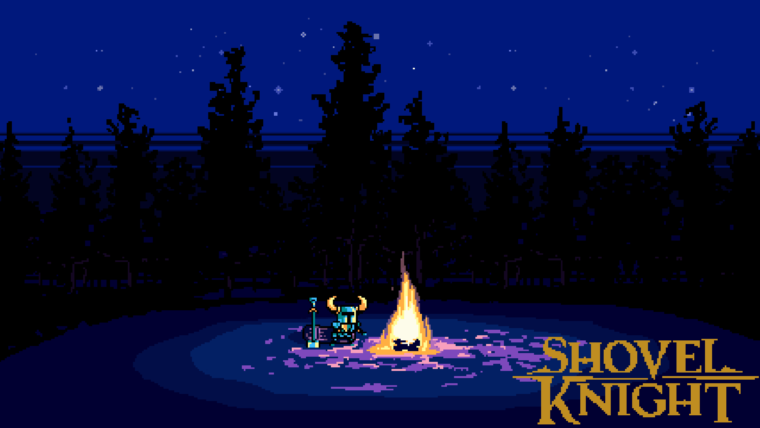 Shovel Knight has become a huge success for its developer Yacht Club Games. That is mostly due to its fantastic 8-bit styled platforming, but the soundtrack, composed by Jake Kaufman, is a big help as well. Paying homage to the classic games of the NES era, while still incorporating contemporary elements, the soundtrack mirrors the successes of Shovel Knight’s gameplay. You can listen to the entire album here, and buy it if you want to keep it on hand for all of your adventuring needs.

Consisting of 48 tracks and over 2 hours of music, the album is available for purchase at any price. You are able to name your price, and there is no minimum. However, the creators of the game, and this soundtrack, deserve some credit for the work they put in, so I highly recommend you pay whatever you can to ensure that we keep getting quality releases like Shovel Knight and its soundtrack.

Shovel Knight started life as a Kickstarter campaign in early 2013. Asking for $75,000 the developer quickly reached that and then kept going. It finally was funded at $311,502. This extra money allowed the team to reach various stretch goals, but eventually led to them having to delay the release of the game a couple of times. Shovel Knight finally released last week, and has since become a critical and commercial hit, even reaching the Steam Top Seller’s chart during the Steam Summer Sale despite having no discounts.

Along with the regular soundtrack, there were many guest arrangements created by fellow composers. One of which, Manami Matsumae, was responsible for the original Mega Man soundtrack. All of the guest arranged tracks are available in a separate album here. This 18 track album can also be purchased for any amount the buyer is willing to pay.

Shovel Knight was released for PC, Wii U, and 3DS on June 26th. If you are on the fence about buying it, expect a review very soon.