The latest news in the world of video games at Attack of the Fanboy
April 28th, 2016 by Kyle Hanson 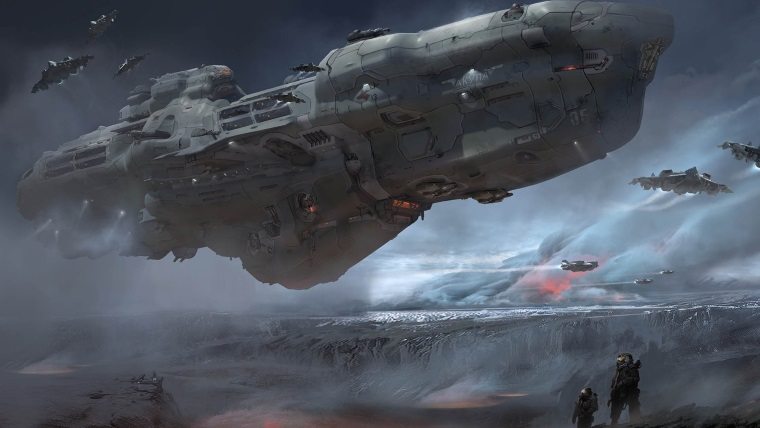 If you’ve been a fan of this site for a while, then you know that we are pretty excited for the release of Dreadnought. This multiplayer spaceship combat game thoroughly impressed us at past conventions, with us putting up multiple impressions articles, and even an interview with the developer. The game won us over thanks to its slow, methodical combat that totally elicits the feeling of commanding a Battlestar Galactica style ship.

The game has been in a very Closed Alpha for some time, but has just transitioned to the official Closed Beta. This means more players, and servers that are active almost all the time. And thankfully, we have a bunch of extra codes to giveaway to all of you. I can’t say exactly how many we have, but it’s at least more than 10, so your odds are actually pretty good at snagging one. But, of course, we aren’t just tossing these things out there for anyone to use.

Here’s how this will work, we will pick, at random, people who have left a comment below on this article, and/or people who have subscribed to our YouTube channel and left a comment on this video. We’ll also be giving away a few during our podcast, so be sure to listen to Episode 28 for instructions on how to get those. The winners will be chosen totally randomly, so if you want the code, you better do all three if you want to increase your odds. We’ll pick winners over the next few days, and will contact you via whatever method you have on the account that wins, so be sure to check it later on.

We got these codes while at PAX East 2016, so also be sure to check out any other articles linked to the convention. We might toss a code or two to commenters on those articles, or their videos.

Dreadnought is a free-to-play game that is looking for release on PC later this year.