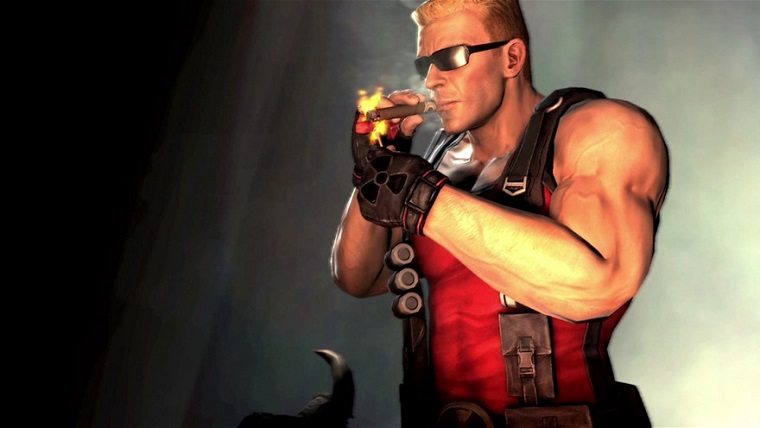 While we know that there is a countdown timer that is currently running on the official Duke Nukem website teasing an announcement, other than the “Happy 20th Anniversary” banner there was no other news to report. However, if the following information is to be believed then it looks like the surprise has been spoiled prior to the announcement.

A user on Reddit claims that a reliable source has confirmed that the game is a remake/remix of the original Duke Nukem 3D, with the new version of the game reportedly being called Duke Nukem 3D: World Tour. There were also a number of images shared with enhanced visuals compared to the original version, giving more weight to the legitimacy of this information. You can check out the images for yourself by clicking right here.

This information does need to be taken with a grain of salt, but considering that the website explicitly points to something involving a 20th anniversary announcement this release would definitely make sense. Duke Nukem 3D originally launched in 1996, so the odds are that the announcement has something to do with that game rather than something entirely new.

We can all end our speculation on September 2nd at 5pm PT, which is when the countdown comes to an end.