E3 2016: The Legend Of Zelda: Breath Of The Wild Introduces Technology To Series 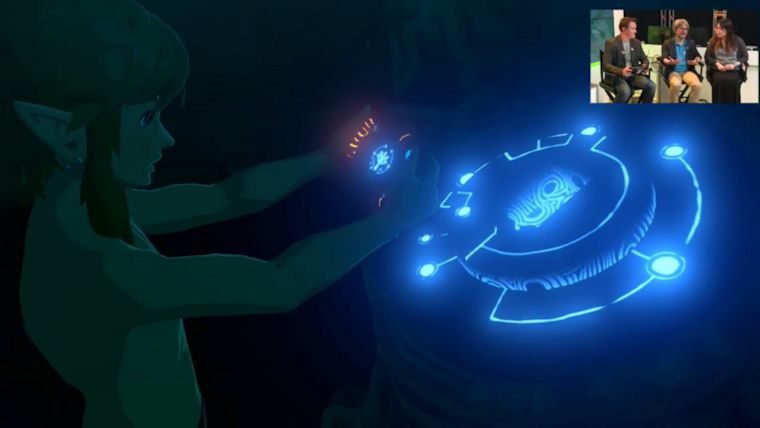 The Legend of Zelda: Breath of the Wild is Nintendo’s major focus at this year’s E3 with it set to launch next year, and with that we have been learning more and more about it.

We have seen magic as a big part of the Zelda franchise over the years, but according to today’s Nintendo Treehouse Stream at E3 that will be changing somewhat in The Legend of Zelda: Breath of the Wild.

As seen right at the beginning of the demo shown, technology is going to be introduced and play a major role according to Eiji Aonuma.

This is seen early with the use of the new item the Sheikah Stone, as well as with the weird “Resurrection Chamber” machine that the game starts off with Link awakening from.

With more to come as the day goes on, hopefully we’ll learn more about how technology will play a role otherwise in the game.

Home / Game News / E3 2016: The Legend Of Zelda: Breath Of The Wild Introduces Technology To Series