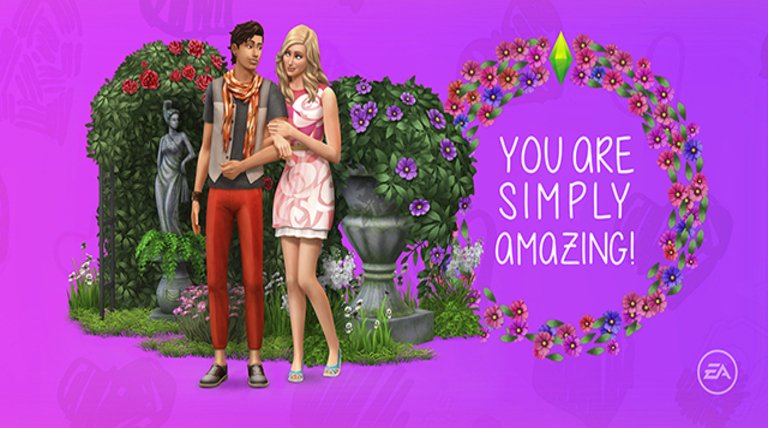 Valentine’s Day is fast approaching, and EA games want you to spread the love using some of their most recognized characters.

The cards featured on EA’s blog include games such as The Sims, Plants Vs. Zombies, FIFA 16, Need for Speed, and new character Yarny from Unravel alongside impeccably punn-y messages for your Valentine. If you would like to download them (and who wouldn’t?) you can find downloadable and foldable versions on the EA Games blog.

If that isn’t enough love for you, we also reported last week that EA have released a Romantic Garden Stuff expansion pack for Sims 4, which allows you to create the perfect setting for your Sims blossoming(!) romance.

Other Valentines Day gaming festivities include the release of a GTA Online update called Be My Valentine, which includes new clothes and accessories alongside an updated Albany Roosevelt model – read more details here.

Destiny has also released an update for Valentines Day, with Crimson Days currently available until February 16th. The update sees the Tower get a loved up visual overhaul changing to red, while the Crucible mode will add ‘Crimson Doubles’, a 2v2 variant allowing you to receive Valentines themed Ghost Shells, etc.

How do you feel about Valentines? Will you be cozying up with your player 2, or do you think it’s all a money making scheme?