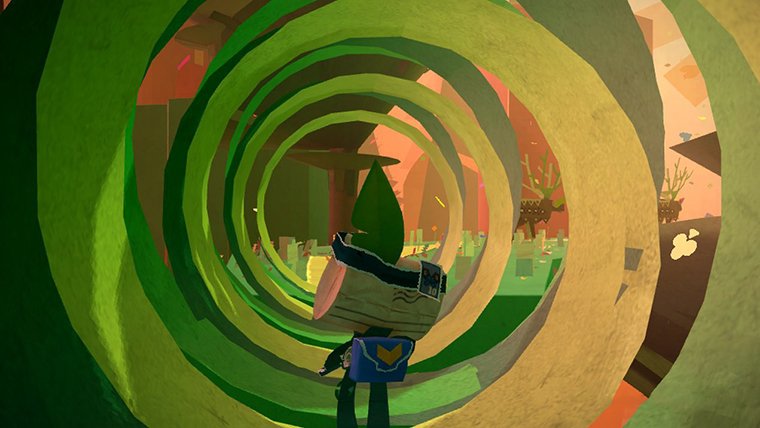 I own both Little Big Planet 1 & 2 but I’ve never enjoyed them that much. It always felt like Media Molecule had much better ideas than their games could convey. I carried that same opinion towards Tearaway and approached the PS Vita exclusive with more than a little trepidation.

The demo on display seemed to be the very start of the game, and running at the PS Vita’s native resolution the papercraft inspired graphics were breathtaking as they unfurled in front of you and into the distance.

Tearaway lacks a jump button which was strange at first but the player uses their fingers on the rear side of the PS Vita to “pop” their little character upwards to create a jump when needed which usually works well. Popping your fingers “through” the rear pad of the PS Vita to perform attacks is also very amusing and is a fun way to attack your enemies.

From there on the player moves through the world solving simple puzzles, interacting with other characters and platforming using the rear pad. At one point you are asked to cut out a crown for a cute little papercraft squirrel and this works seamlessly as the squirrel dons your handicraft headwear. Considering the rear pad is more often a source of frustration than anything else in almost any PS Vita game to date, it is used to good effect is Tearaway.

Tearaway is an excellent title and uses its camera and touch abilities to good effect. Sony’s PS Vita needs more of these finely tuned and specialized titles rather than console ports if it is to ever catch up with Nintendo’s handheld dominance.