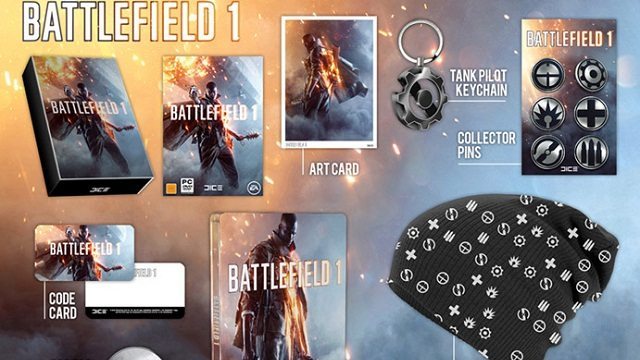 Both EB Games Australia and New Zealand have announced a new edition for Battlefield 1. This new edition is being dubbed the “Supply Pack”.

The Battlefield 1 Supply Pack is available to pre-order on both the websites of EB Games Australia and New Zealand. It is priced at $129.95 AUD and $149.95 NZD respectively. Content of the supply pack can be seen below.

The exclusive code is available 60 days after the launch of the game. It contains an in-game dog-tag. It is exclusive to EB Games customers only.

In related news, Battlefield 1 was also rated by the official Australian Classification Board. The website has rated the game MA15+. The consumer advice states it has “Strong Violence, online interactivity”.

The game has a moderate impact on both themes and language. There is a strong impact on violence. The game has zero references of drug use, sex or nudity of any kind.