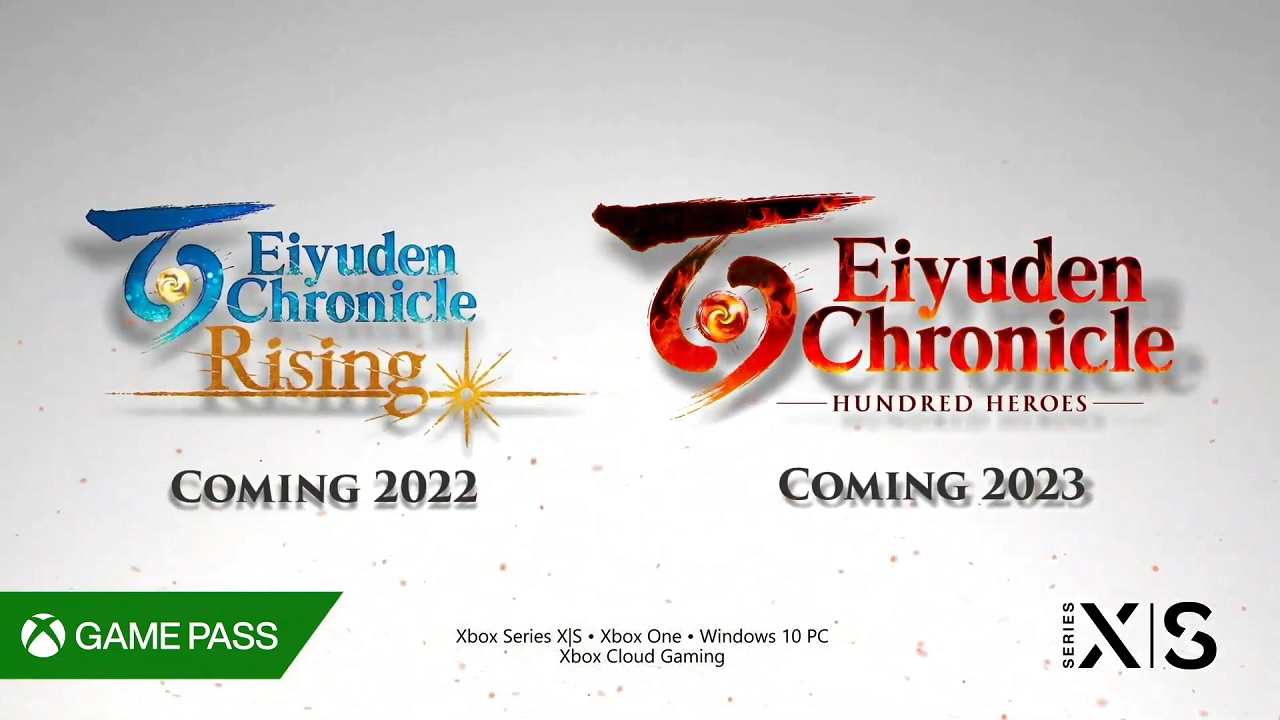 While Konami has all but abandoned the Suikoden franchise for years now, two of the creators came together to create a spiritual successor known as Eiyuden Chronicle: Hundred Heroes. This led to an incredibly successful Kickstarter campaign that was fulfilled in no time, but now not only did we get a trailer at E3, but also a release year and the announcement of a surprise spin-off.

The Xbox & Bethesda Games Showcase focused on their first party titles, but it still had plenty of others as well to show off, with Eiyuden Chronicle: Hundred Heroes being one of those that is being published by 505 Games.

In the trailer seen above, Eiyuden Chronicle: Hundred Heroes looks gorgeous as a throwback style with obviously modern technology between the 2D sprites and the 3D backgrounds. The game features a six character battle system that is shown off in the gameplay here. We are really excited to play this one, but it was revealed that it won’t be coming until 2023.

That wasn’t all though, as they gave us a tease of something known as Eiyuden Chronicle: Rising as well. This looks more like an action-based spin-off based on the quick footage shown, but nothing else was really said. The only information we did get about it though is that it will be coming sooner in 2022.

Also of major note, it was revealed that both games will be coming to Game Pass as well, which is the main reason this was shown off during this conference more than likely. It’s pretty wild that we are getting Game Pass announcements for third party games this far out too, but that’s just showing how big of a deal it is right now.