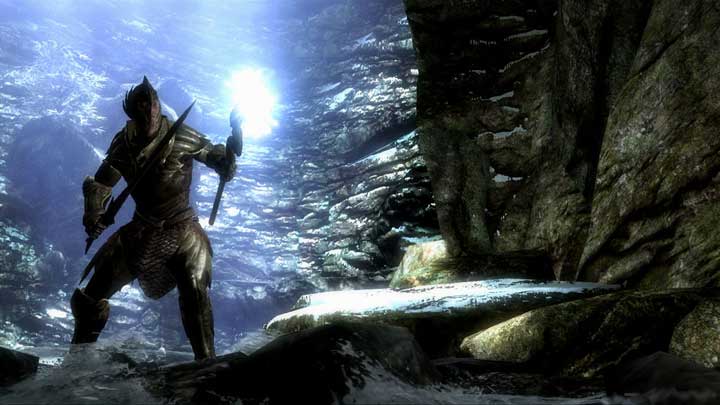 This may come as a huge shock to many, but Elder Scrolls V: Skyrim won’t offer multiplayer when it releases this Fall.  The Elder Scrolls series is deeply rooted in solitary single player experiences, but that’s not stopping fans from sending in requests to Bethesda to incorporate multiplayer into the game.  In a recent interview with IGN, Todd Howard of Bethesda, spoke of some of the most requested features from fans.

“The two most requested features we get are dragons and multiplayer. We got one of them this time! We always look into multiplayer, put lots of ideas on the whiteboard, and it always loses. It’s not that we don’t like it. I can think of ways it would be a lot of fun, but at the end of the day, that dev time is going to take away from doing the best single player game we can, and that’s where our hearts are.”

It looks like Bethesda took the dragon requests to heart, as they’ve already announced the incorporation of dragons into the game as characters that need be defeated to better your hero.  The dragon shouts feature was explained at length in another recent interview.  As for multiplayer,  I think we’ll get more than our monies worth when Elder Scrolls V: Skyrim releases this November.

What do you think?  Elder Scrolls V: Skyrim should or should not have had multiplayer?  Leave your thoughts in the comments section below.