The latest news in the world of video games at Attack of the Fanboy
July 26th, 2017 by Mark McLean 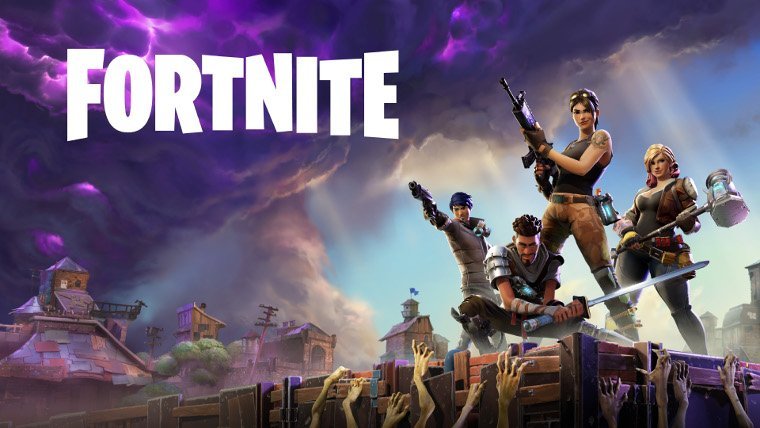 Fortnite, the long awaited ‘Minecraft meets Left 4 Dead’ mashup from People Can Fly and Epic Games is now available to the general public as it goes into early access after successful closed alpha and beta tests. You can register to play at www.fortnite.com or via console storefronts.

Gameplay will see players choose a hero from four classes of Outlander, Soldier, Ninja and Constructor and team up to build massive forts and battle against hordes of monsters, all while crafting and looting within giant worlds where no two games are ever the same. The new launch trailer shows a taste of the action.

The setting is a cartoony post-apocalypse where a mysterious elemental storm has killed 98% of the world’s population. The game combines an impressive array of features and mechanics from other popular and successful games – survival, crafting and exploration elements similar to Minecraft, RPG levelling and upgradeable loot from Diablo and 4-player online co-op from Left 4 Dead. Terrain and maps will be randomly generated, and of course the ubiquitous practice of awarding loot boxes in online games will feature (reskinned here as Pinata Packs).

Somewhat controversially, and as previously discussed on this very site, players will need to pay to take part in the early access season, while the full release is set to be free-to-play. The early access is not cheap either, equivalent to a full-price AAA release, with plenty of microtransactions thrown in from day one. Early adopters will no doubt receive various cosmetic upgrades and access to more characters on the game’s full release, set for sometime in 2018, but it does seem counter intuitive to charge so much for a game that will be free in a year or so at most. Having said that, a recent post on Fortnite’s blog reports an overwhelming response to the early access launch.

Fortnite’s early access is available now on PS4, Xbox One, PC and Mac.