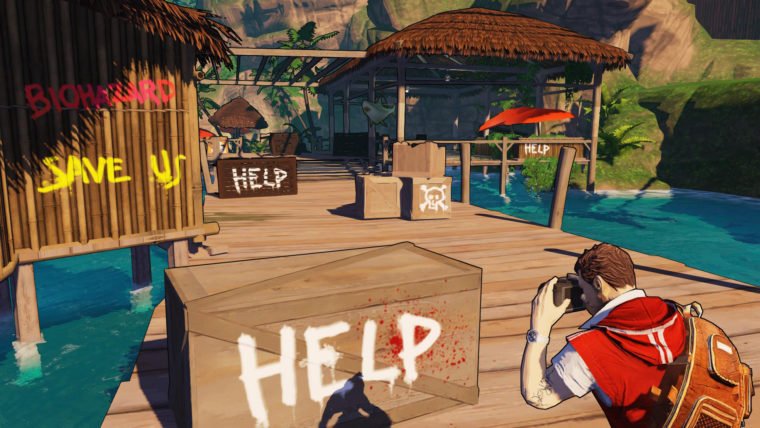 In a surprise announcement today Deep Silver unveiled Escape Dead Island, a new entry in the Dead Island series that will reveal “the story behind the virus”. The game is being developed by Fatshark Games whose past titles include Bionic Commando Rearmed 2 and War of the Vikings.

Deep Silver went into more detail about the game on the Playstation Blog, saying “Escape represents a crucial bridge between the events of Dead Island and Dead Island 2, and will finally reveal the origins of the virus, and even some tantalising clues as to where the events are going to lead… but it’s going to be up to you to decide what to believe. That’s because this story-driven single player game is played through the eyes of Cliff Calo, who’s watching his world unravel.” Cliff ends up on the island of Narapela while he and his friends attempt to make a documentary exposing the cause of the original outbreak.

Many changes have been made for this entry in the series. First of all, it will take place from a third-person perspective. Also, it will have many surreal elements to the game. As stated on the Playstation Blog, “Cliff struggles with his own sanity as the world around him begins to become increasingly unpredictable. Time distorts and folds in on itself; strange messages appear and impossible events shatter reality. Oceans turn to blood, containers plummet from the clear sky.”

Escape Dead Island is scheduled for release Fall 2014 for PC, Xbox 360, and PS3. The game will retail for $39.99 and is available for preorder now. Preordering from Gamestop will get you access to the upcoming Dead Island 2 beta.