The latest news in the world of video games at Attack of the Fanboy
February 22nd, 2016 by William Schwartz 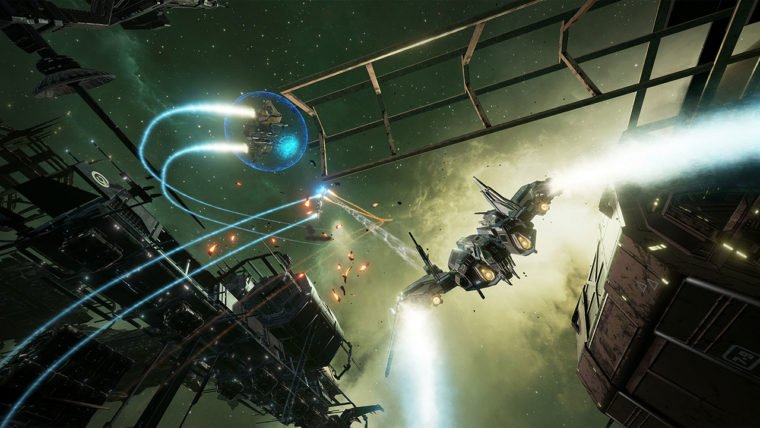 Eve: Valkyrie is hurdling towards the development finish line and its tie-in launch with the Oculus Rift later this year.  Participants in the ongoing alpha tests for the game have been able to put Valkyrie through its paces through organized events, livestreams, and of course feedback through the forums.  This week, a developer vs. tester event will take place on Twitch called Battle The Devs II.  It begins on February 24 18:00 GMT.  You can find more details about the Battle The Devs event here.

What we played just a few months ago at a private event in San Francisco felt like a finished final product, but apparently there’s still more fine tuning going on for what consumers will have in their hands later this year.

A space shooter that plays at a competitive break-neck pace, has incredible visuals, and allows for immersion in ways we’ve never experienced before, our takeaway from our time with the game was that this was a great show piece for VR.  This made all the more sense when the partnership between Oculus and CCP was announced thereafter.

The first shipments of the Oculus Rift with Eve Valkyrie will being shipping in March.