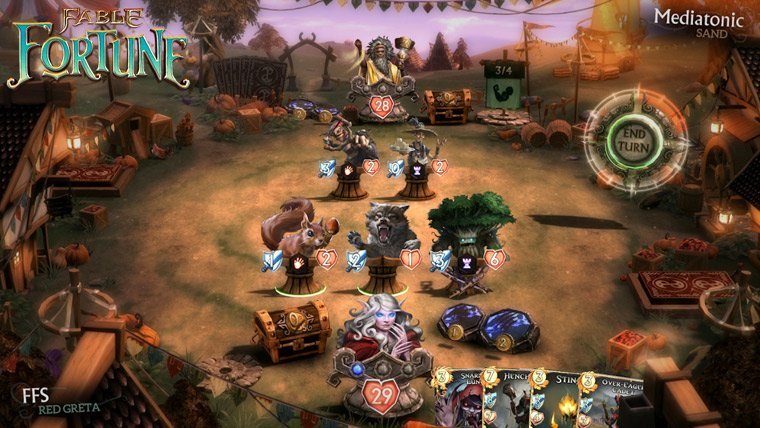 You may have been desperately missing the Fable universe in recent times, especially since the heartbreaking cancellation of Fable Legends. If that’s the case, you will be happy to know that there is a new spin-off coming out in just a month for Xbox One and PC. Titled Fable Fortune, the game bases its gameplay on a system of collectible cards, and allows for online multiplayer competitive and cooperative game.

Set in the world of Albion, the game makes use of the unmistakable irony and sense of humor of the Fable series, featuring characters full of personality reflected by the gorgeous art style and the writing. Players will select one of the six different heroes available, with each counting with their own set of skills and cards. The gameplay introduces the Alignment system, which will make possible for a hero to remain an honorable warrior or a despicable villain, which will affect to the set of powers available to use.

Flaming Fowl Studios and Mediatonic will release Fable Fortune on July 11th for Xbox One and PC, first as a “Founder’s Pack” for $14.99, which will grant players 20 packs of cards the exclusive “Flaming Fowl” Trophy Card, and the rare “Giant Egg” card. However, the game will become a free-to-play title later in the year.