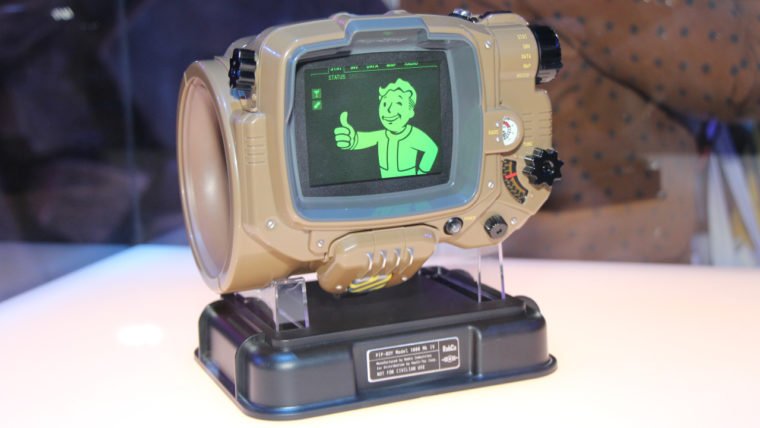 UPDATE: Pete Hines has clarified that the five pound figure is for the entire set, not just the Pip-Boy.

Fallout 4 certainly wowed crowds at E3 2015 when it was fully unveiled at Bethesda’s E3 Showcase. One of the more interesting announcements was that the game’s collector’s edition would be coming with a full replica of the iconic Pip-Boy wrist computer, allowing you to insert your phones for the full Fallout 4 experience.

Some questions have lingered since the announcement, such as how many of the highly sought-after collectible there will be, how big it is, and how much will it weigh. The first question was answered quickly, with stores like Amazon and Best Buy selling out in short order. Those last two have just been answered today.

Bethesda Softworks Vice President Pete Hines took to Twitter to announce that the Pip-Boy contained in the Fallout 4 Pip-Boy Edition will weigh “about five pounds with everything, or a little over 2 kg.” That “everything” he mentions is probably intended to convey that this will be the weight after inserting the user’s phone.

The dimensions were also revealed as 310mm x 210mm x 255mm, making for a fairly large device, in keeping with the lore of the games. How it will look and feel on player’s wrists is still up in the air, but from what I saw at E3 it should fit comfortably, at least when you accept that it’s a big plastic device strapped to your arm.