Life returns to the Wasteland in April. 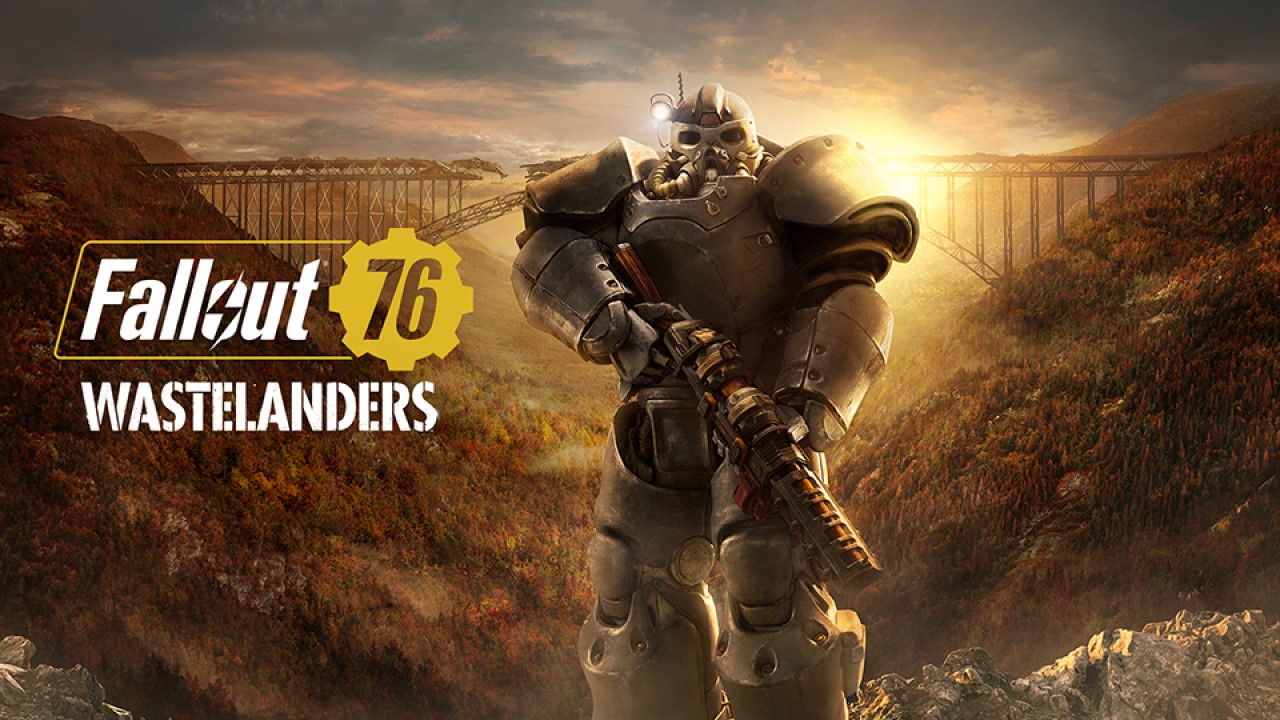 After being delayed back in October, Bethesda has nailed down a release date for their Fallout 76 DLC, Wastelanders. Players will finally be able to interact with two different NPC factions, adding some much needed soul to the West Virginian wasteland.

Wastelanders is releasing April 7th on PC, Xbox One, and Playstation 4.

Fallout 76: Wastelanders will be free to anyone who has already bought the base game, and it will be launching on the same day for PC, Xbox One, and Playstation 4. Bethesda also revealed that Fallout 76 will make its Steam debut on April 7th as well, though you cannot transfer Atoms or your Fallout First subscription between the Bethesda launcher and Steam (though, anything you have purchased with Atoms will make the crossing).

In addition to the new quest-line and fully voiced NPCs, Bethesda states Wastelanders, “brings a brand-new main questline, new locations, new enemies, new weapons, a new reputation system and much more.” Essentially, the base game is receiving a minor revamp with this update, though how extensive the alterations will be hasn’t been fully revealed quite yet.

For those looking for extra cosmetic and C.A.M.P. items, Bethesda is selling two bundles that can be either purchased separately, or together. They are broken down between a Raider Bundle, and a Settler Bundle: one for each of the new factions coming to the game. Included in each are: 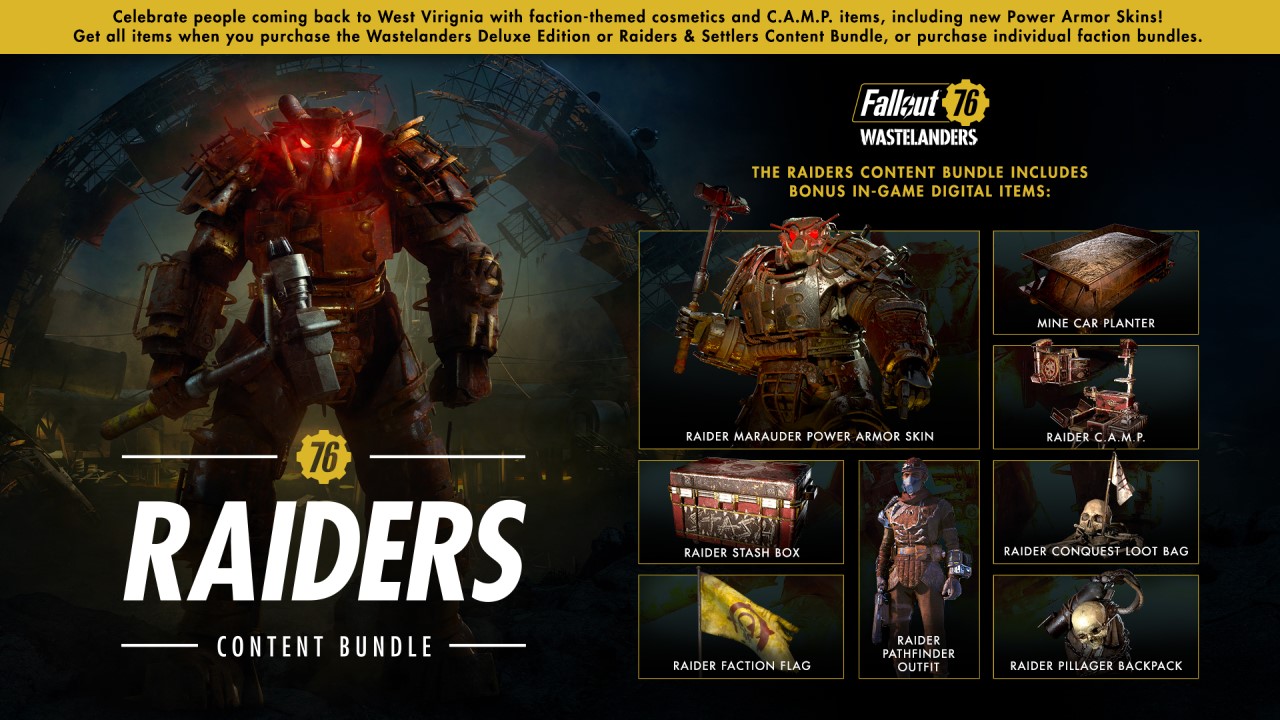 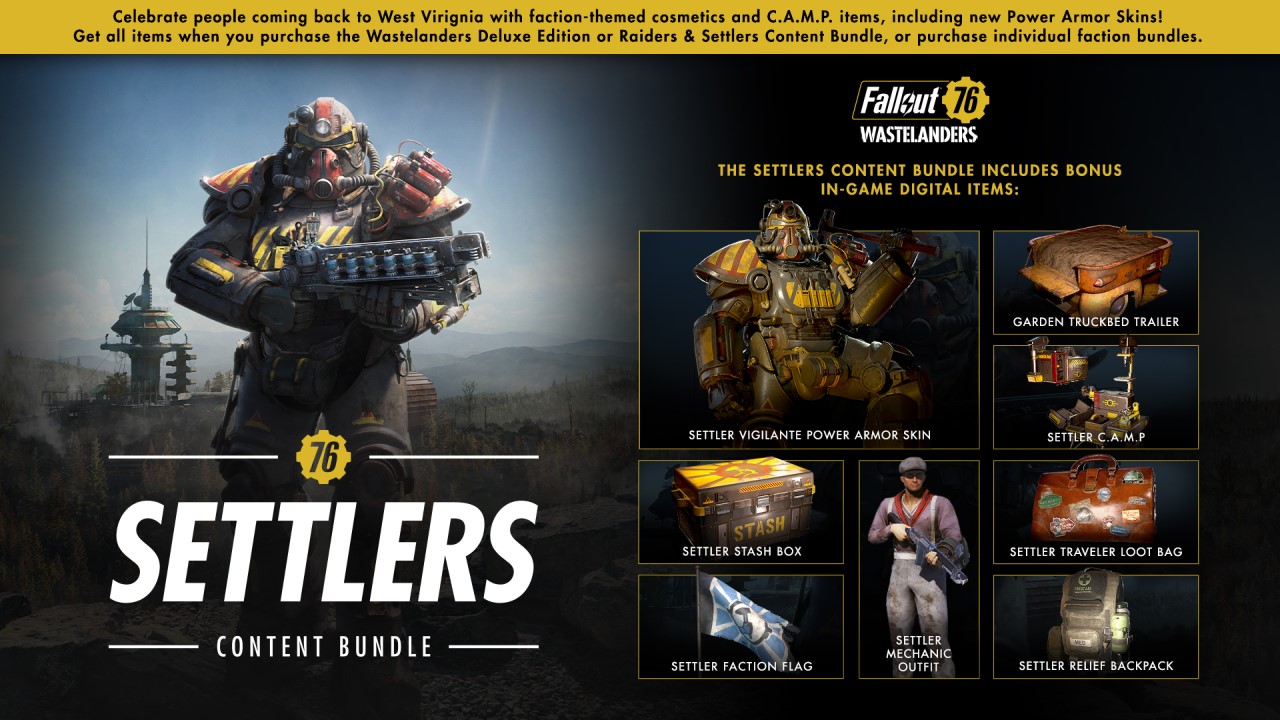 It’s hard to say if this DLC will be the shot in the arm Fallout 76 desperately needs, but it appears to be taking steps in the right direction. Whether it sticks the landing, or finds itself mired in bugs, we will have to wait and see.