The latest news in the world of video games at Attack of the Fanboy
August 7th, 2017 by Dylan Siegler 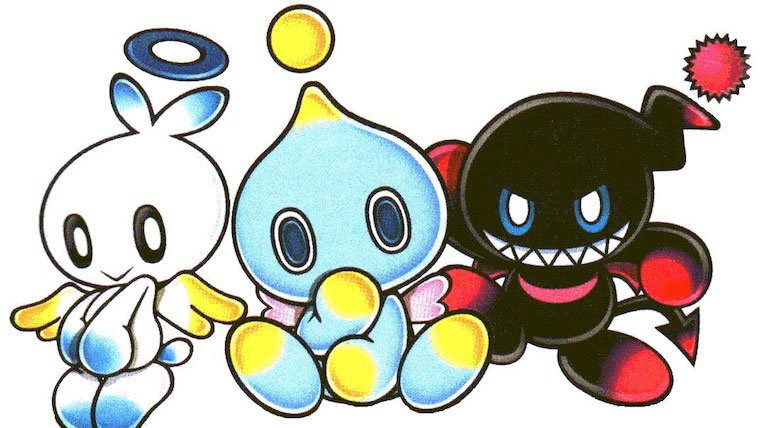 If you’ve played such Sonic the Hedgehog games as Sonic Adventure, Sonic Adventure 2 or the first two Sonic Advance games, then you are probably aware of their Chao-raising mechanic. In those games, players can raise Chaos by raising their stats and then have them participate in racing or karate fights in the Adventure games or in various other mini-games in the Advance games. If these happen to be your favorite parts of these games, then you’re in luck, because a fan recently created a fan-game that is completely dedicated to Chao-raising.

The game is called Chao Resort Island and is currently available for free for PC and Mac. In the game, the player can play as either Sonic, Knuckles or Shadow to raise their Chaos. The game features various fruits and toys, which can be used to increase your Chaos’ various stats. Also included is the mechanic used in Sonic Adventure 2 which allows your Chaos to turn into Dark Chaos or Hero Chaos, depending on which character you use to raise them. The game was created by Nefault1st, who, according to Kotaku, “built the game from scratch.”

As with any fan-made game, Chao Resort Island runs the risk of getting taken down by the Sonic the Hedgehog copyright owners. Nintendo, for example, have been known to take down any fan-games of their franchises, including the takedown of Zelda: Breath of the NES, an 8-bit remaking of The Legend of Zelda: Breath of the Wild, earlier this year and the takedown of Pokémon: Uranium Version, a Pokémon fan-game featuring new Pokémon and an original region, last year. So far, Capcom has been silent on the creation and release of the Mega Man fan-game, Mega Maker, which allows players to create Mega Man levels in similar fashion to Super Mario Maker. Only time will tell how Sega will react to this fan-game.