Competing to see who gets the first clear. With the release of the Ultimate raid Dragonsong’s reprise, raid groups in FFXIV find themselves racing to see who’ll be first to clear the instanced Duty. When the announcement was made for patch 6.1 and the contents it was set to contain. The astute player would have noticed the red text detailing the arrival of the Ultimate raid Dragonsong’s Reprise, in the mini patch of version 6.11. Though this might not have stuck out to new players or those who are not fascinated by the prospect of raiding, like PVPers, it is more than possible that raid groups and free companies have already started preparing ever since they saw this announcement.

Ultimate raids are among some of the most arduous content released to FFXIV veterans. They are difficult boss fights with complicated mechanics that only the most hardcore and dedicated players would want to challenge themselves with, runs can take upwards of 20 minutes or more, making the fights also a test of endurance. The one other distinction is them all being retellings of past major events that’s taken place throughout the version expansions of Final Fantasy XIV’s live service. Bosses like Bahamut, and Ultima Weapon to name a few. 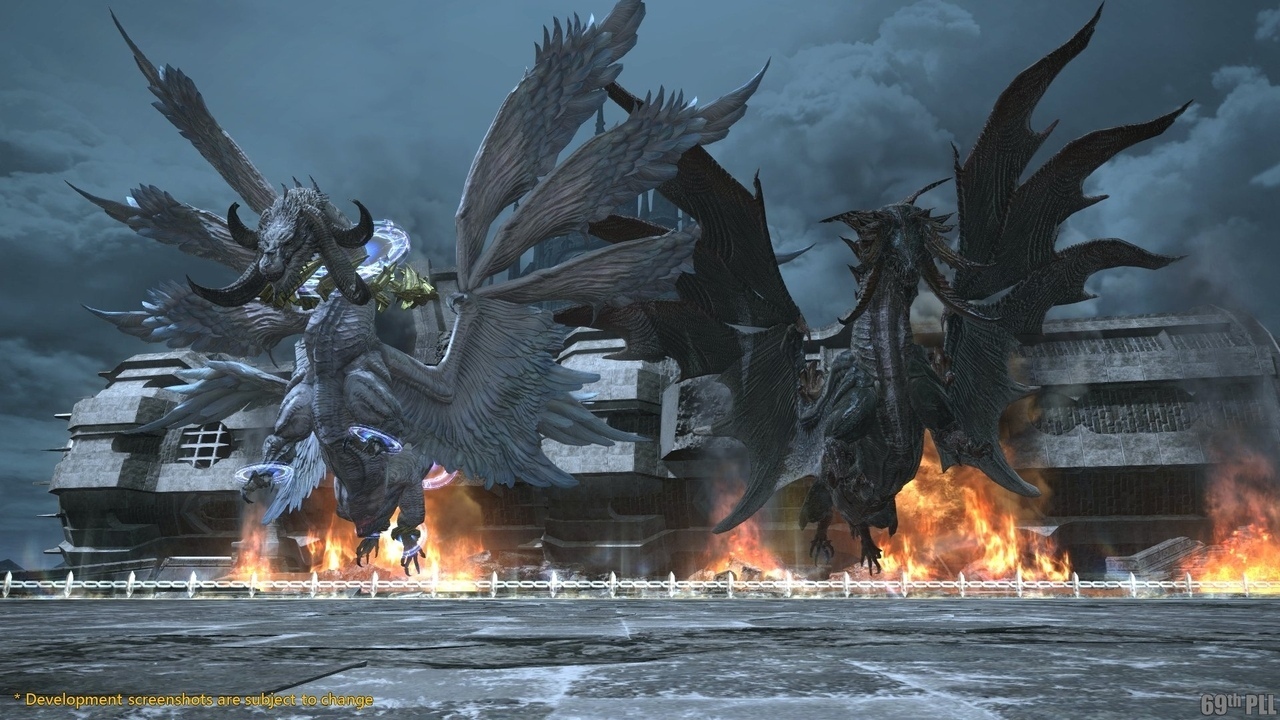 With the release of Dragonsong’s Reprise, players once again gather to witness who will claim the first clear record. A Reddit mega-thread in the FFXIV subreddit can be found dedicated to the efforts of chronicling the efforts of all current raid groups, and the avenues with which to see their current progress.

This current World Race event is run by MogTalk, a long-enduring FFXIV community site that has kept tabs on World Races that’s happened in the past. This current iteration is hosted as a fundraising event, with a structured Livestream filled with Casters sifting through the different live streams of raid groups trying to get the first clear.

The first day of the event has gone past, the race is now set to carry on to the second day, with the Event Livestream resuming at 9 AM PDT. Most of the competing teams now find themselves stuck at the third phase of the raid, contemplating how to defeat Nidhogg. With the attempts of raid groups steadily piling up, players should find themselves witnessing the end of the event today. Eyes are on the renowned raid group Thoughts per Second, who’s had multiple first clears under their belt. To Final Fantasy XIV players, this World Race will soon become another momentous and commemorative occasion.