The latest news in the world of video games at Attack of the Fanboy
August 30th, 2017 by Jose Belmonte 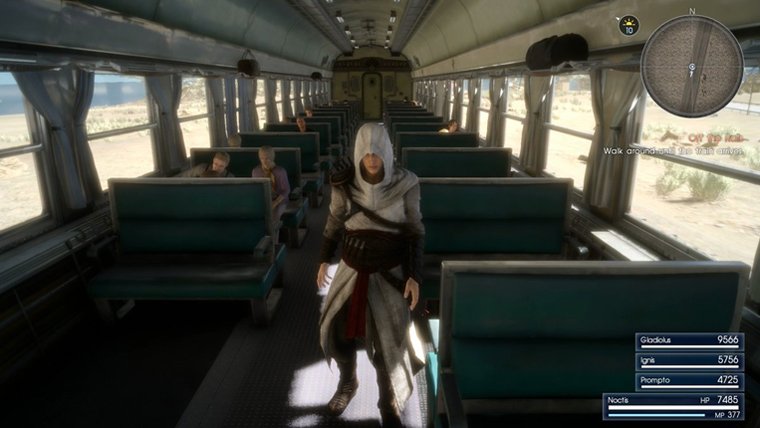 Final Fantasy XV Update 1.15 is available to install now, and it comes with some pretty big new features. First of all, it launches the Assassin’s Festival, which is a collaboration effort with Ubisoft to recreate the gameplay of the Assassin’s Creed series for one special event that will be availabel from tomorrow August 31st. Additionally, the four main characters get a new outfit inspired on Assassin’s Creed Origins, apart from the one exclusive to Noctis unlockable at the Chocobo Carnival.

The other main addition of this update is the Bestiary, a compendium of knowledge about the creatures of Eos. The profiles of each monster is revealed once the players beat them, and for those who have already started the game, they will find the information already available.

What is more interesing, the bestiary reveals long-awaited information about Ardyn and the Astrals including Ifrit and Bahamut. Recently the game’s director Hajime Tabata acknowledged the fan’s desire to know more about Ardyn’s backstory, but he considered that the volume of that tale would be too big for a regular DLC chapter, vowing instead to tell it through a brand new game, movie, or a comic series.

Finally, the update also allows players to revive any of the chapters of the game after they have beat them.

Final Fantasy XV is out now for PS4 and Xbox One. A PC and mobile versions have also been announced recently.