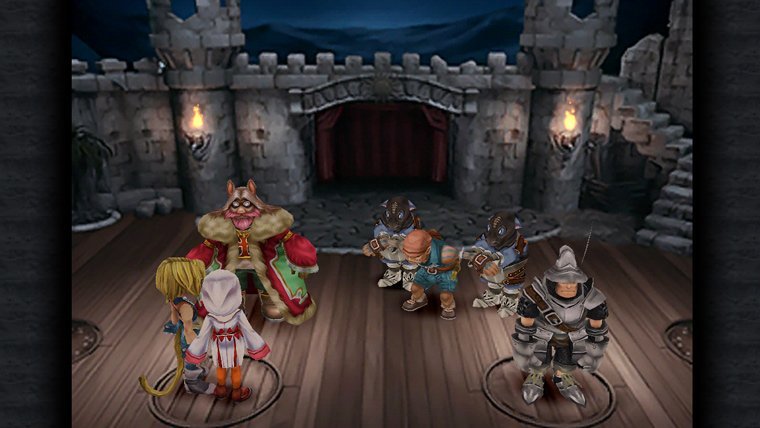 Square Enix has given all Final Fantasy fans a very good surprise during Sony’s Tokyo Game Show 2017 conference, announcing that it is launching an HD version of the legendary Final Fantasy IX for PS4. This version is based on the HD port already available on Steam and mobile platforms, so anyone who is familiar with those releases will know what to expect. This PS4 release adds high resolution graphics with much more defined textures than the original PSX release, as well as an autosave function, trophy and share support, and seven game boosters including no random encounters and high speed. PS4 buyers are also granted with a dinamic theme for the console.

The game is available now worldwide digitally on PlayStation Store.

Final Fantasy IX was one of the last game in the series to be produced by its original creator, Hironobu Sakaguchi. It was conceived as a homage to the more classic titles, and so the game contains numerous references and gameplay mechanics from those entries.

Here is an overview of the story via Steam: “Zidane and the Tantalus Theater Troupe have kidnapped Princess Garnet, the heir of Alexandria. To their surprise, however, the princess herself yearned to escape the castle.
Through a series of unusual circumstances, she and her personal guard, Steiner, fall in with Zidane and set out on an incredible journey. Meeting unforgettable characters like Vivi and Quina along the way, they learn about themselves, the secrets of the Crystal, and a malevolent force that threatens to destroy their world.”

Final Fantasy IX is out now for PS4. Check out the Tokyo Game Show 2017 trailer below.