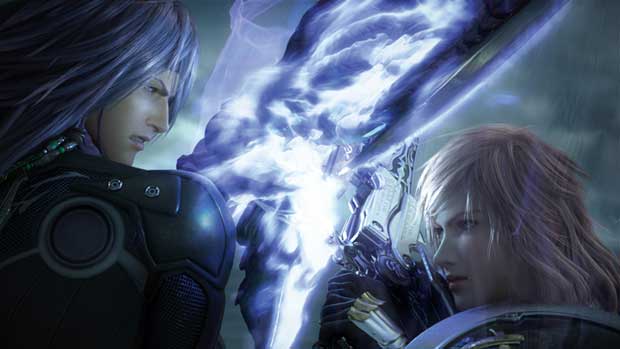 Final Fantasy XIII-2 takes place three years after Lightning and the others saved Cocoon, some survivors decided to start over by rebuilding on Gran Pulse. Lightning, however, is nowhere to be found and thought dead by many, but Serah believes otherwise. When her town is suddenly overrun by monsters, a mysterious man named Noel appears to save her. Together, the two set off on a journey that transcends time and space, hoping to find Lightning.

Final Fantasy XIII-2 is due for a North American release on January 31st, 2012 for the PlayStation 3 and Xbox 360.