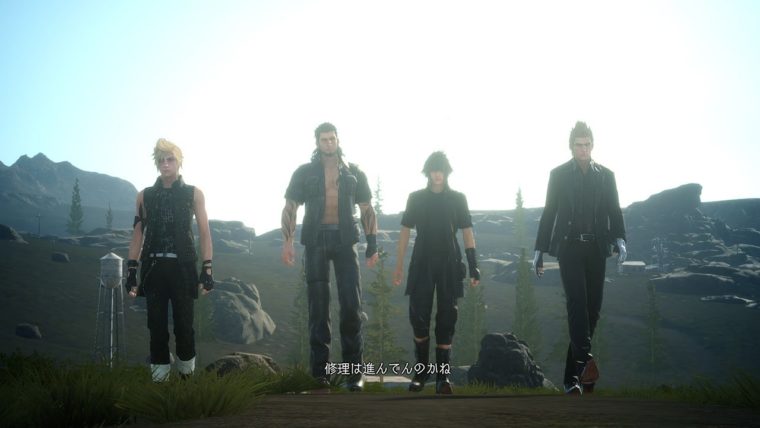 Final Fantasy XV might not just be a pure open-world game like the demo was. There will be some more traditional linear environments added in too.

Final Fantasy XV director, Hajime Tabata, was interviewed by Examiner recently talking about the level design for the game. It sounds like there will be a mix of environments.

He said “How the story is handled, it’s not 100 percent pure open-world, but it’s also not a pull along the rails kind of story.” He then clarified that it will bring the best of both linear and open-world styles. It’s not all just one style dominating the other.

The linear parts could be dungeons. There was a cave in the demo that players had to find to fight off goblins. Tabata did confirm that players will see different enemies in different locations and alternate paths can be taken too.

Tabata later stated that players can also travel by train in Final Fantasy XV too. We already know that Noctis and his friends have their own car. Sadly the car was not playable in the demo, but it will be a big part of the final game.

Final Fantasy XV will be released later this year for the PS4 and Xbox One. A release date will be announced in March.